After three years of hard work, Kei Masuda managed to mend the breach between Pro Evolution Soccer and FIFA. The Lead Japanese producer managed to find a good synthesis of the elements that make a modern sports simulation great in order to present an interpretation certainly worthy of your our attention.

While many consider the past PES to be a bit unbalanced, PES 2015 tries to convince soccer fans to return to it. After too many issues where the game appeared fragmented and not very fluid, this year everything seems much more solid and responsive.

The gameplay and controls are the same as last year. Each player has a higher number of animation. The new graphics engine, the rumored FOX Engine, has forced developers to rewrite the game from scratch. It allowed them to abandon an obsolete platform.

PES 2015 lets you play as if it was a real life match, thanks mainly to the excellent artificial intelligence that makes matches against the computer not only fun, but also challenging. Squad ID is an attempt by Konami to simulate the realism of individual teams based on their real life counterparts. You may assume that it may take a certain type of fan to recognize these tweaks, however if you’re an amateur player, you will be able to recognize the difference for each player or team selected.

Also, teams will behave in a manner consistent with the trend of the game. You will see their opponents launch into the offensive if they’re down by a few goals and they will close in defense if they’re defending a meager one to zero a few minutes from the final whistle. The idea behind this behavior is to make tactics flexible. You will notice some changes during the course of the ninety minutes of a match. Konami definitely has prepared for every possible scenario. For example, two midfielders external wings may be in an offensive formation in the first half, then change and take on a defense formation during the second half (or even during the first half!) depending on the current situation. 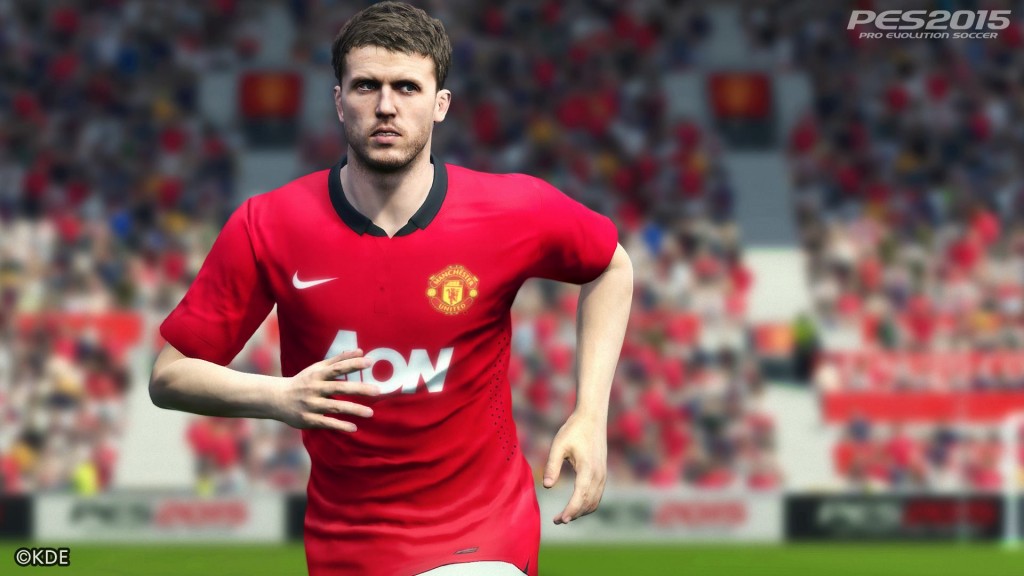 I noticed huge improvements in the management of the players, team, and of the elements that make a very fun game. Landing on the next-gen (now current gen) has not brought with it a huge leap forward in terms of graphics, just a higher resolution, and a more solid framerate. The faces of the players are phenomenal, and animations are well done, but there is a feeling that more could have been done here and there.

You can directly challenge a friend or organize an 11 versus 11 online match. During our tests, we experienced an average to good connection quality, which made the games enjoyable but not perfect. These delays created imbalances within the gameplay of PES 2015 online. 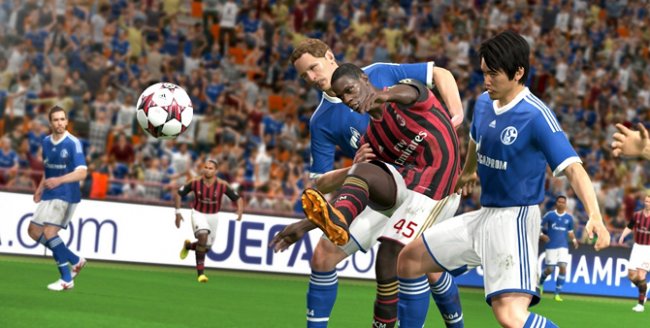 PES 2015 is amazing especially for those who play mainly against the computer. It made this year’s iteration a good base on which to build the next generation of soccer games made by Konami for next gen and beyond. 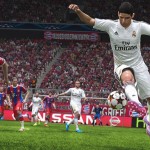 Great use of the FOX Engine