Fans of twin stick shooters can rejoice as a new challenger has entered the battle: Nano Assault NEO-X!

Stop the deadly Nanostray virus from spreading in the nano cosmos. Traverse a breathtaking microscopic world. You are one against millions.

Nano Assault NEO-X is a unique and exciting twin-stick style shoot’em up game for PlayStation®4.

Nano Assault NEO-X, developed by Shin’en Multimedia, is the latest game to enter the foray of twin-stick shooters on the market. If you have played games like Super Stardust, Geometry Wars or even Resogun you will have a basic understanding of how this game works.

You play as a nano ship on a cell from the human body, working to eradicate the viruses that are attacking it. You pilot around the cell with one stick and shoot with the other stick. It’s not a complicated control scheme, but it does have it’s nuances. As you play the game, you will be able to unlock up to four satellite ships that will cover your main ship, shooting at enemies. What is cool about these is that you can actually set the position of the satellite ships and the direction they face. It gives you the option to focus your attacks ahead or spread them out to the side or back. You can also find extra powerful weapons that you can use with the R1 button that will help you exterminate the viruses faster.

There are four sets of levels that you can play on. Each consists of 3 stages and a boss level. The levels are well designed, with the cells being in odd shapes. It makes traversing them very fun. The enemy types on the cells vary significantly, and you don’t see a lot of overlap. As you fly around killing viruses, you will find credits that you can use to shop for new items between levels. You can also find letters to make the word “BONUS” which will take you to a cool bonus round where you navigate down a cylindrical hallway collecting more credits as you avoid crashing into the obstacbles. The bosses look really cool and are interesting, but they seem to suffer from 90’s red spots – you know where you are supposed to aim to defeat them.

There is a heavy challenge in this game especially in the later levels. Part of what’s cool is playing against your friends and other players for domination of the leaderboard. This will drive you to get better scores, multipliers and better runs through the game while you try and get that top spot.

The game looks great, running at a smooth 60 fps, and it’s got all its p at 1080. The cells look cool, while everyone has a unique identity. All of the viruses look good, with different attack patterns. The sound for the game is really good. I heavily enjoyed the games music and the sounds the game had to offer.

There are 14 trophies in total, with 1 Gold and 2 Silver trophies. You will need to get pretty skillful to get all of the trophies as some of the harder ones like not getting hit and reaching a score of 2 million will take some twitch shooting skills. 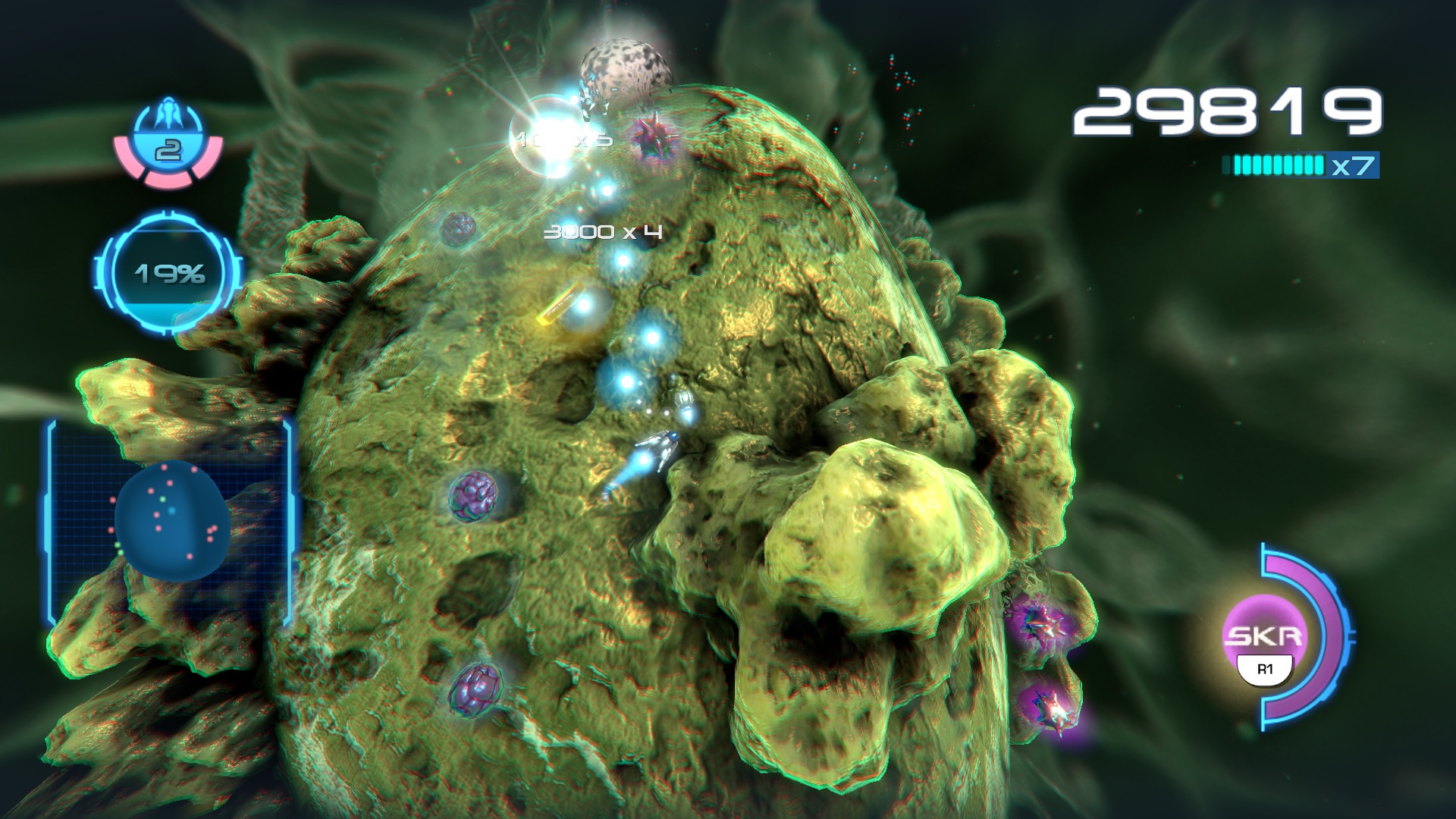 Overall there is a ton of value in this packages at $9.99. The game is fun and a great take on the twin stick shooter genre. Nano Assault NEO-X has enough variety in its levels and customization that you can find some good fun here. I just wish that you could continue loading your ship out to bring to all of the levels. If you liked Resogun (you better like Resogun!) then you should enjoy this microbial outing.