Escape Goat 2 from Magical Time Beam is a puzzle/platformer that, as expected, is the sequel to Escape Goat. After being available for a while on PC it has now been released on PlayStation 4 thanks to the great indie support from Sony. Want to learn more? Then click past the break!

Your journey begins at the Stronghold of Toragos, where you will slowly make your way up the tower as you search for the sheep (and their souls) that have been trapped here. This will not be an easy quest, and even though the first set of rooms work as a short tutorial so that you can be shown what you can and can’t do in the game, rest assured that your skills will be tested in every other room.

The main character can double jump and do a charge to fly though the air in a straight line or to ram a block… and that’s it. But wait, there’s more! You will soon run into a friendly Mouse that will play a crucial role during your adventure. The Mouse can be set on top of switches, can be sent crawling on the floor, walls or ceiling, can make its way thought small spaces that aren’t big enough for the Goat… and it can also wield magical items!

These magical items include, for example, a hat that can allow the Goat to instantly teleport to the current spot where the Mouse is located, or a mighty hammer that can make the Mouse turn into a heavy and lethal block which can be used to destroy wooden boxes. 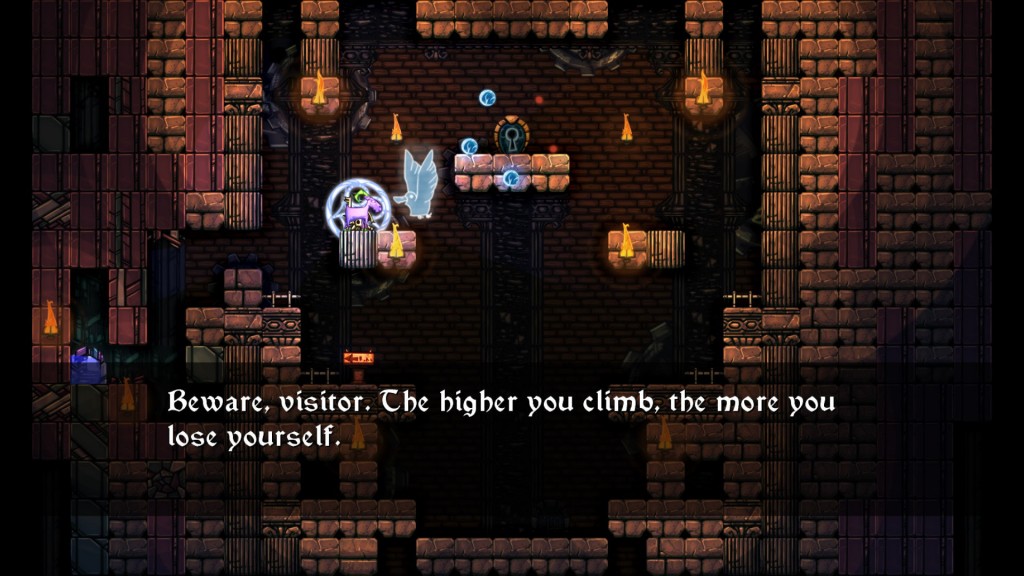 And the rooms in the tower will also start to introduce new elements and hazards into the mix, such as blocks that explode when ignited, buzz-saws that can instantly tear you into pieces, or ice blocks that slide when hit with your charge move, to name a few. Add the aforementioned switches and wooden blocks into the mix, along with all the other items you’ll run into in the higher levels, and you’ve got a nice recipe for a fun game.

Escape Goat 2 also features secret rooms that are specially tailored for expert players that want to learn how good they really are. The entrance to each of these secret rooms is well hidden and requires that players find a special key that will make the door appear. This hidden key can be placed, say, at a hard to reach spot on a corner of the current room, demanding that players find alternate routes or to perform carefully timed jumps to avoid hazards or bottomless pits. 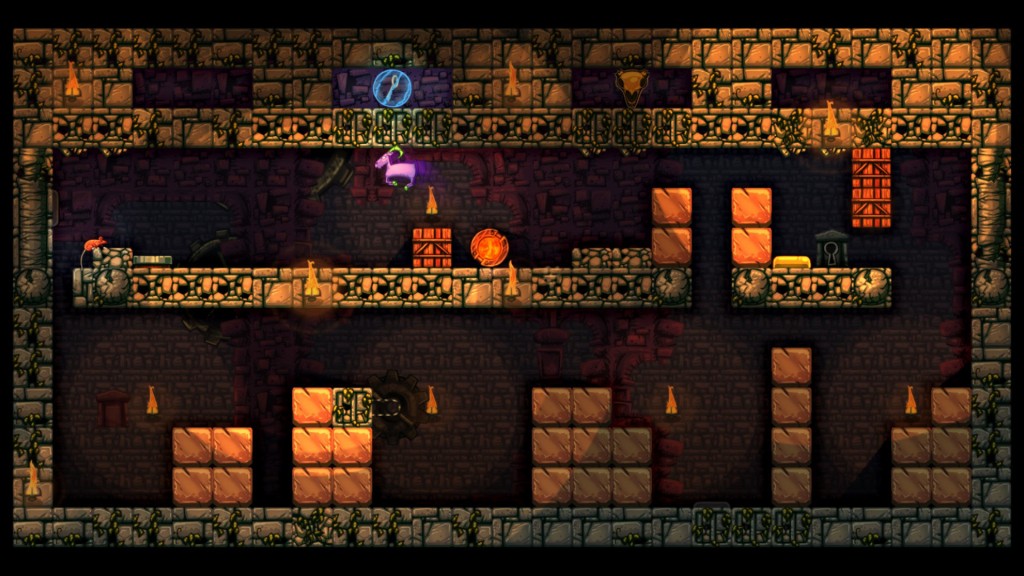 Overall, Escape Goat 2 is a very fun game. Other than the odd slow-down in a handful of the 100 rooms included with the game, I had a great time during my journey to save the Sheep. The tight gameplay and hard-but-manageable puzzles will keep you coming back for more. Oh, and once you rescue several Sheep you might want to go back to the first group of Sheep rooms where you will find a door to MORE rooms, provided you’ve rescued enough Sheep and can use their souls to open the way. 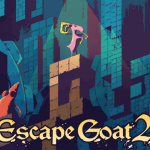