The sequel to one of the most unique RPG’s from the last gen is finally here. Are you ready to dive into Costume Quest 2?

Trick, treat and pick a fight with villainous dental soldiers in Costume Quest 2, the sweet sequel to Double Fine’s hit original, Costume Quest, that turned fans of all ages into candy obsessed crusaders. This inspired RPG adventure includes a range of new features and gameplay improvements to double the amount of mischievous fun. Explore spooky time-traversing landscapes, don adorable new costumes that transform into powerful Hallo-warriors, and collect even Creepier Treat Cards to wield in combat against a legion of hygiene obsessed baddies. Only heroic siblings Wren and Reynold can save Halloween forever!

Costume Quest 2 is the super cute sequel to a super cute game that came out in 2010. I use the term super cute in the best possible way considering this game is an RPG that has you focus on collecting candy and saving Halloween from an evil dentist. His goal is to change the time-line so that Halloween doesn’t exist at all. So in turn you will be traveling through time as well to stop him in order to restore Halloween and prevent a dystopian future.

That’s the story in a candy coated shell. What is truly great about this game is its old-school RPG mechanics. You are wandering through a village or town collecting candy and as you knock on doors, you either get a trick or a treat, meaning you get candy, which is this game’s currency, or you have to fight some bad guys. You can also fight the bad guys outside of town as they are typically found wandering around, up to no good.

Since it’s Halloween, your characters are in costumes. You begin the game with a few costumes that include the Candy Corn and Super Hero costumes. As you play, you can unlock more blueprints and find the pieces to have more costumes available to you to wear during battle. Some also give you extra skills or advantages on the world map. The costumes are diverse ranging from a clown, a dinosaur, the statue of liberty, Ben Franklin, and even the PSN exclusive Sack Boy!

As you go into battle your characters become giant, idealized versions of the costumes, with special powers and abilities to boot. So your costumed Superhero becomes a larger than life Super Hero. Your clown becomes a deadly attack clown. Your Candy Corn becomes, well, a giant piece of Candy Corn! (Okay, that one is not awesome, but it is all part of the humor for the game, and you earn a trophy for having it in every battle in the game.) Candy Corn can’t control what the media says about him.

You battle enemies in turn-based fights where you select the move or power to use. As you battle you fill up your special meter and when it’s full your character can do its special attack. Throughout the battle you have a choice to play creepy treat cards which will give a special ability such as stunning a minion for three turns, making minions attacks damage the minion itself, or giving you 2x attack damage for three turns. You can create a deck of three cards to make available during battle. This adds an extra layer of strategy to the combat, making it more interesting and easier on yourself. 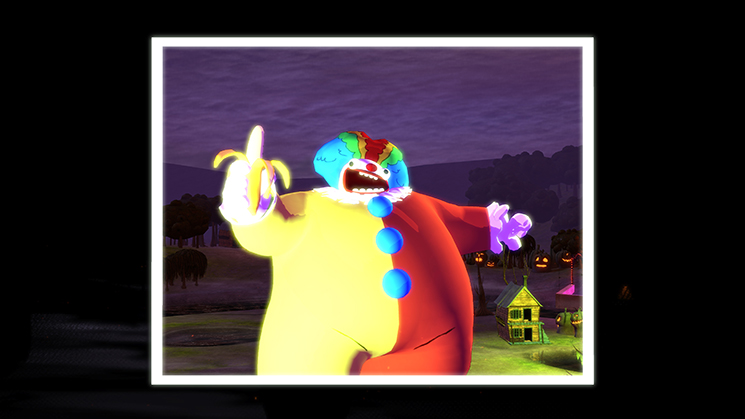 The only issue I have with this game is that all enemies seem to inflict a tremendous amount of damage. In the first Costume Quest, your health was automatically refilled, but in this one you need to find healing water fountains to get your characters healthy. I found I was spending a large amount of time constantly going back to refill my health.

I also loved the time travel elements to the game. As you do things in different times, it changes the future versions, allowing you to overcome obstacles or to earn extra items along the way. Each period was unique and filled with its own unique charm. I loved the art style in the first Costume Quest and I loved how they managed to keep it the same in the sequel. There is no voice work, but all of the game’s sounds and music are great. This game oozes charm, and few games are able to do it that well. 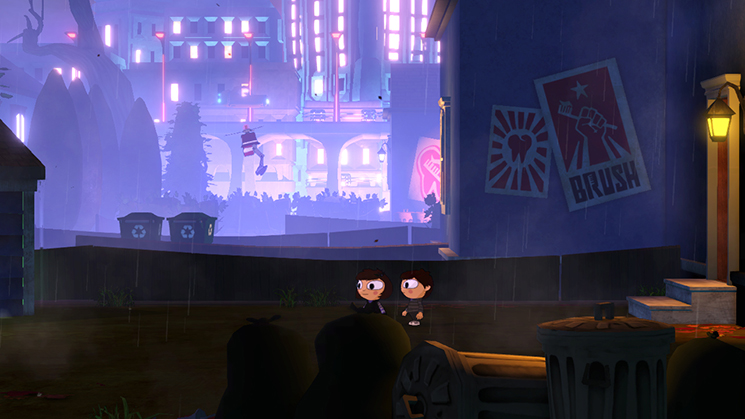 There are 18 trophies available in the game (15 Bronze and 3 Silver). The lack of a platinum is a bit disappointing, and the lack of a gold trophy hurts the package as well. The hardest trophy in the game is “Hardcorn” that you can only get for having the Candy corn costume on for every battle in the game. That is a difficult task and is deserving of something higher than just a silver trophy. The trophies are definitely doable, and you can easily 100% this game, but it will take extra time.

Costume Quest 2 is a great sequel that in many ways does exactly what you want a good sequel to do. It takes a great and unique formula and adds extras and nuances in top of it, thus enhancing and making it better while keeping things familiar but with a new coat of paint. Doublefine did a great job here, and the game is a fun romp that doesn’t take itself too seriously, while still managing to have some solid RPG mechanics. If only they had the health part figured out. Here’s hoping for Costume quest 3 to get that right! 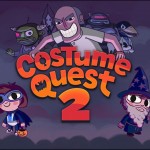