The Pinball Arcade is a project that is trying to digitize and preserve the greatest pinball machines of all time. Chances are that if you loved playing it back in the day, it’s available at The Pinball Arcade.

Since FarSight is currently running a Kickstarter campaign for The Addams Family Pinball (one of the most requested pinball tables for The Pinball Arcade), I figured it would be a great time to take some time to review Season 1.

There’s a total of eighteen tables available in Season 1 for The Pinball Arcade on PS4, which are listed below:

That’s a LOT of content to play, and each pinball table has been completely digitized from the original physical version, down to the smallest detail. For PS4, the tables you know and love have been improved considerably, bringing this as close as possible to the real deal.

Thanks to The Pinball Arcade I was able to play several tables I had never experienced before, and since arcades are so rare in this day and age, and the ones that exist have rusty or nearly broken pinballs, playing on my PS4 allowed me to have fun just like back in the day.

I didn’t dislike any of the pinballs present in Season 1, but I did end up going back to several of them to play for hours.

For example, Circus Voltaire is a very fun table that is faster than others, featuring a lot of bells and whistles that make this a very busy and charming table… which is why it’s so important to keep your eye on the ball! Defeating the Ringmaster (who will rise to taunt you after meeting certain requirements) feels great, and all the sideshows are fun to play and definitely go along with the Circus theme. 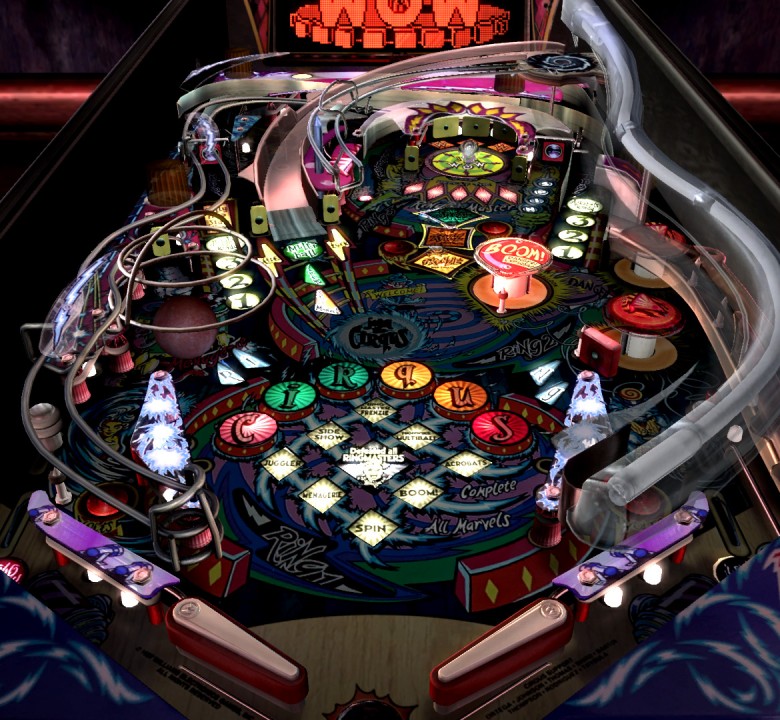 The Twilight Zone is one of the coolest, more bizarre and entertaining pinball tables ever created, with an analog clock right in the table, “magnetic” flippers in mini playing field that are activated by pressing the regular flipper buttons, and a working gumball machine! This one must have been a nightmare to keep in top shape, but it was a pleasure to play it in the arcade, and it’s still extremely fun here in The Pinball Arcade. Every crazy thing you can think of the TV show is represented in the table, which is always great when you’re dealing with a licensed pinball machine that can appeal to fans and to casual players alike. 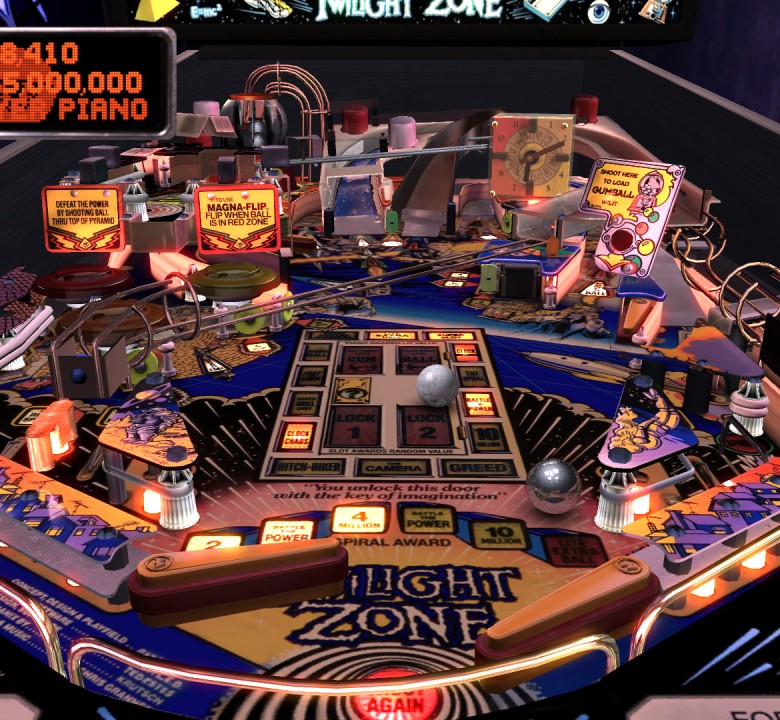 Big Shot is one of the tables I never got a chance to play, and it hails from a time when pinball machines were simple and minimalistic, making do with the technology available to them… which is interesting because this table takes the game of Pool and puts a pinball spin to it. Just from reading that description you’d think the game would be a complete mess, but somehow it works thanks to its simple but to the point design, its clear goals, and its uncluttered playing field. 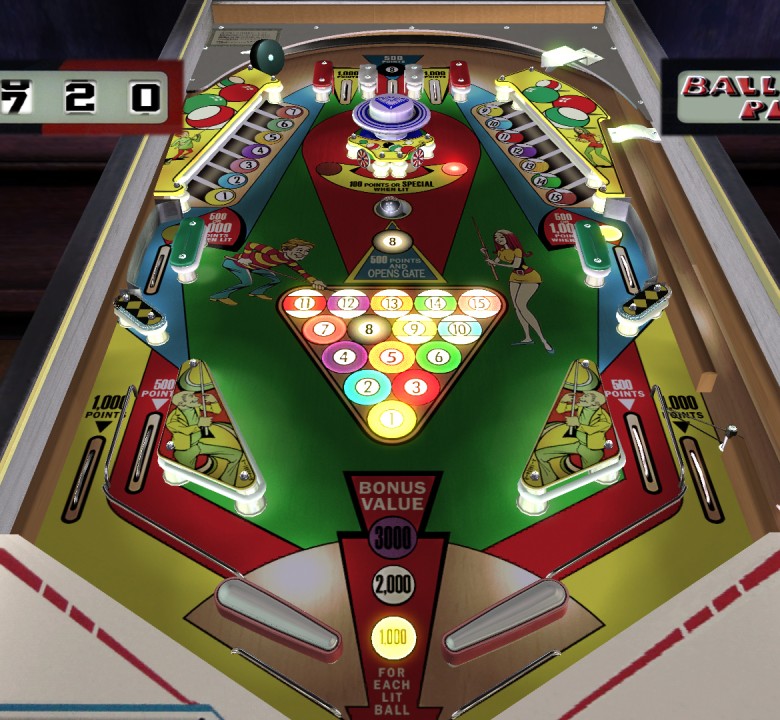 Attack for Mars, as expected, has the player take on the role of the humans who are fighting against the evil Martians who have decided to attack earth. Thanks to its moving aliens and flying saucers, the “weapons” players can activate to “attack” the Martians while scoring massive points, and the high lines and side targets that challenge even the best pinball players out there, this is one that I hope I can defeat soon. So far I’ve been close, and I’ll continue going until all trophies are mine. 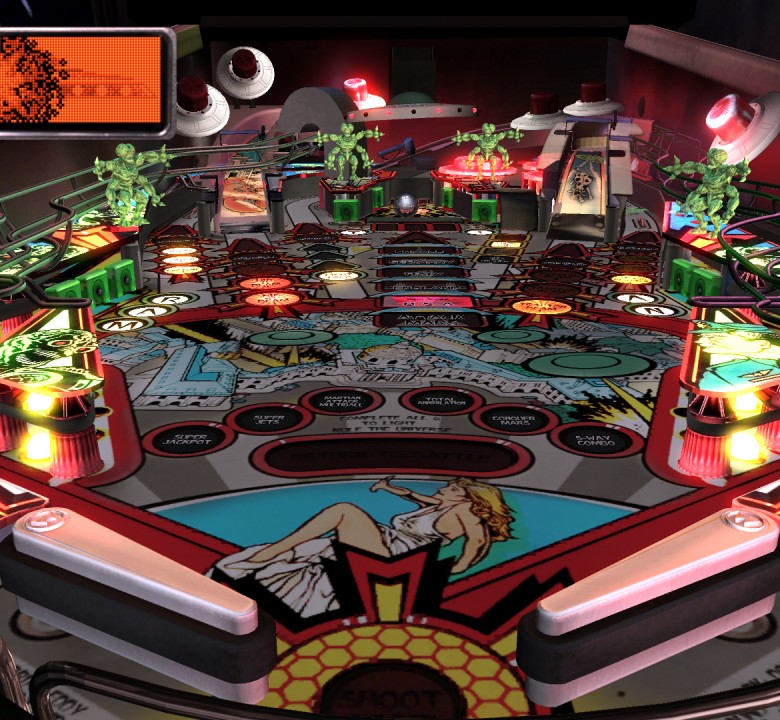 Star Trek: The Next Generation is a very special table since it integrates several elements from the Star Trek universe while allowing players to be part of the action by taking on the role of a Starfleet Officer that is still a bit green but very eager to be the best in the member of the U.S.S. Enterprise. As if a great table design wasn’t good enough, Star Trek: The Next Generation upped the ante for other licensed pinball tables by including several of the cast members in the table itself AND in the audio side of things, with lines specifically recorded for the game. 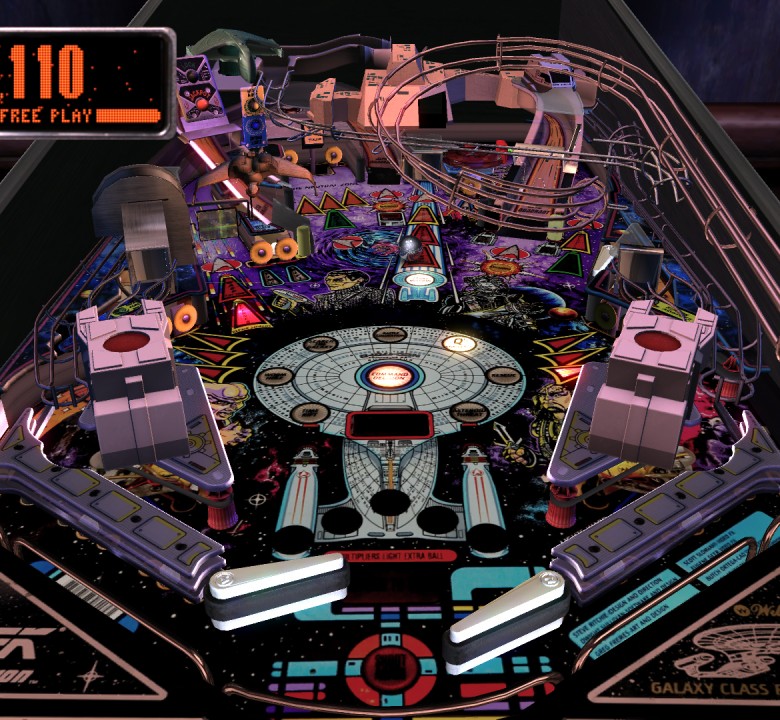 Genie is another great option. An old-school table from way back that features excellent art and design, fun objectives, lots of targets and bonus opportunities, a small playing field in the upper right corner with its own set of flippers… the list just goes on and on. This table is extremely entertaining, and you can spend hours playing before you realize how long you’ve been doing it. It’s a good thing that you don’t have to spend quarters to play this table on The Pinball Arcade, or you’d go broke in a week. 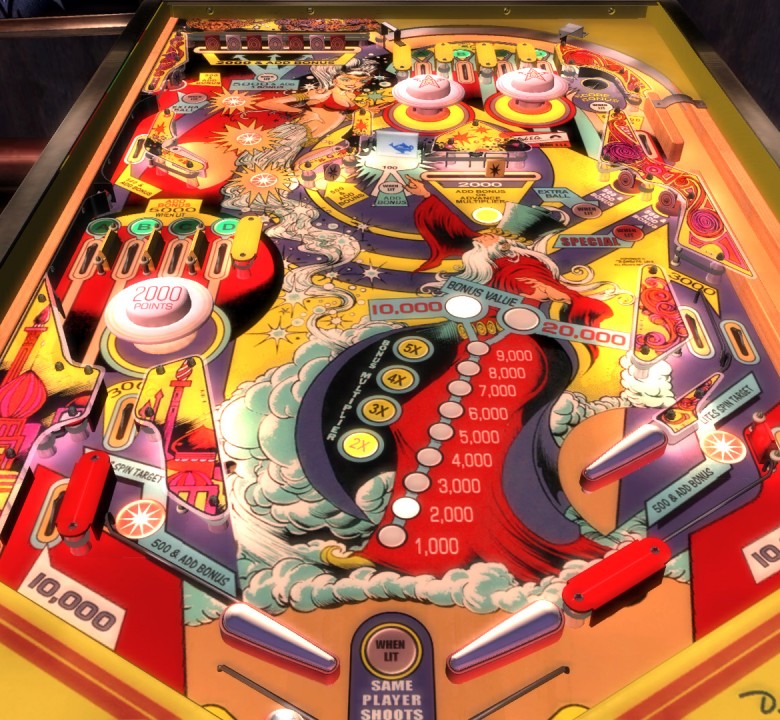 For me, Taxi is probably the highlight of Season 1. I put hundreds of dollars into this machine, playing it for YEARS. I used to save my allowance so that I could go and drop more quarters into Taxi, and I loved every second of it. Since you’re trying to get as many passengers as possible, you’re always on the move, trying to score lane combos to bump your score while the meter is running (what good would a taxi game be without a taximeter? Having to get Santa, Dracula, Lola, Pin-Bot and former USSR leader Mikhail Gorbachev (or Gorbie, as he’s called in the game) in one go, or trying to lock them in thanks to a handy skill shot, always kept me coming back for more. 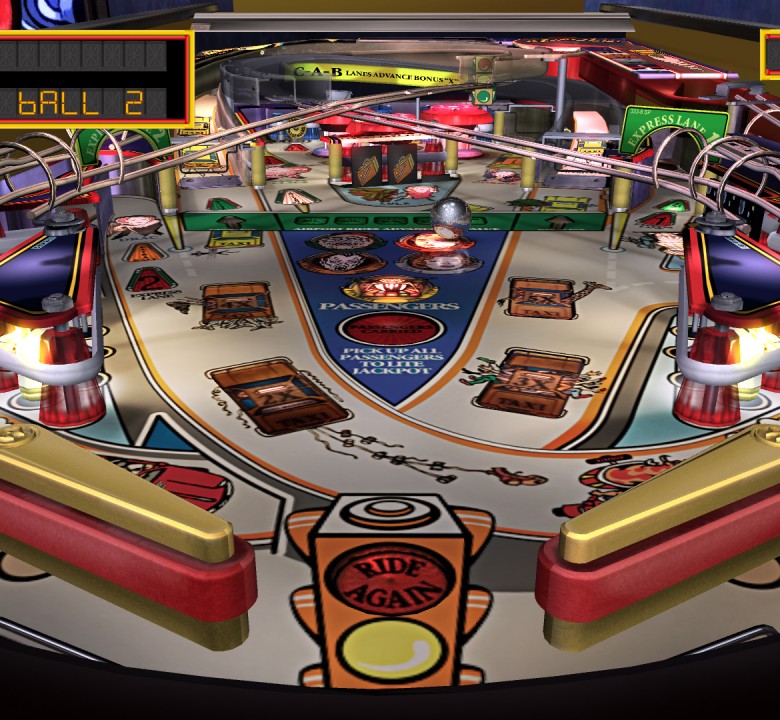 I could probably continue talking about every single table in Season 1, but that would probably end up making this a 5,000 word essay on why I love pinball, so before I go let me mention something else. You should consider getting the Pro versions of the tables. This allows you to use the operator’s menu letting you, say, adjust the table’s difficulty or the number of balls per play. On top of that, it also allows you to move the camera around to review every single detail of the table, AND it gives you access to Pro Tips from actual pinball pros!

The Pinball Arcade is becoming an excellent virtual museum where hopefully hundreds of pinball machines can be digitally preserved for future generations to enjoy. Other than some weird slowdown in a couple of tables (that only happened once on each over several hours of gaming), there is not much to complain from this release. I definitely look forward to Season 2 and 3 to be released on PS4, as well as to see what Season 4 will offer.

Excellent digital collection of some of the finest pinball machines ever created.