Your father has died and as the Princess, it’s your job to make sure he makes it to his grave… no matter how much a pain in the ass he can be from beyond life.

Chariot is a humorous, physics-based couch co-op platformer in which a brave Princess and her Fiance carry a funeral wagon through ancient caves, fending off swarms of looters while amassing riches, to bury the King’s remains in a worthy, gold-filled tomb.
If only his majesty would keep quiet…
The chariot’s large wheels and long tethers allow the heroes to reach higher ground, swing across chasms and perform all sorts of impressive maneuvers. Extract riches from the very walls of the caves in multiple environments, and make your way to the exit by avoiding – or beating back – greedy looters as they attempt to steal your hard-earned loot! With skill-testing coordination mechanics and thrilling physics-based stunts required, Chariot will definitely please couch co-op enthusiasts as teamwork and cooperation unlock new possibilities.

Chariot is about a Princess and her fiancée who have to escort her father to his final resting place. Just when you think you’re done, his ghost pops out and asks you to take him some place better. This begins the long quest to get your father buried where he deserves…

The game is deceptively simple at first as you learn how to play. You are taking your father’s casket through the environments, pushing and pulling it to make it move. You can use a rope to pull on it as well, which is a skill you will be using a lot during the game in order to move the casket over places that you are unable to roll past. While moving along the levels, you must collect as many riches as possible, so you can bury them with your father as well. Because, you know, he would REALLY like to take those to his grave. 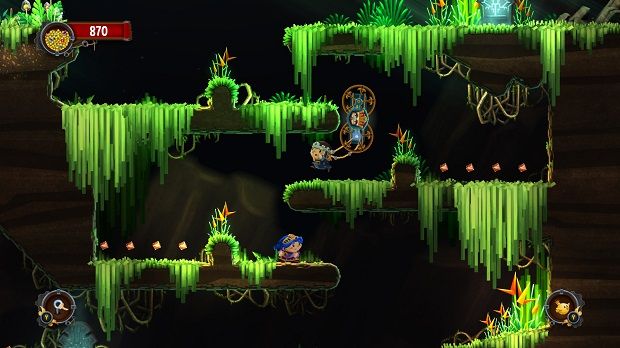 As you continue through the game, you will find different things that will help and hinder your progress. Some of the early things you run into are death rails and green rails, which start to change the focus of the platformer into a type of hybrid puzzle game. The chariot can only ride on the death rails so if you walk on them you will fall through, and only humans can walk on green rails, meaning that your chariot will fall through. There are other platforming things that you will find in the game, and you will need to earn scrolls in the levels to unlock the necessary items to keep proceeding further into the royal crypts.

Chariot has a strong focus on two-player co-operative play. I played a bit with a buddy and found it difficult for us both to play, but I have a feeling that it had more to do with him being less skilled at gaming in general. There are definitely multiple areas where it requests two players to complete objectives. So do play the game with a friend who is a good gamer, as they will need to have great platforming skills to help you. For now the game only supports local coop at the moment. This game will benefit greatly once Sony releases the PS4 2.0 Firmware update, which will add the virtual couch. This will allow me to play games with someone online, as if he/she was right beside me. 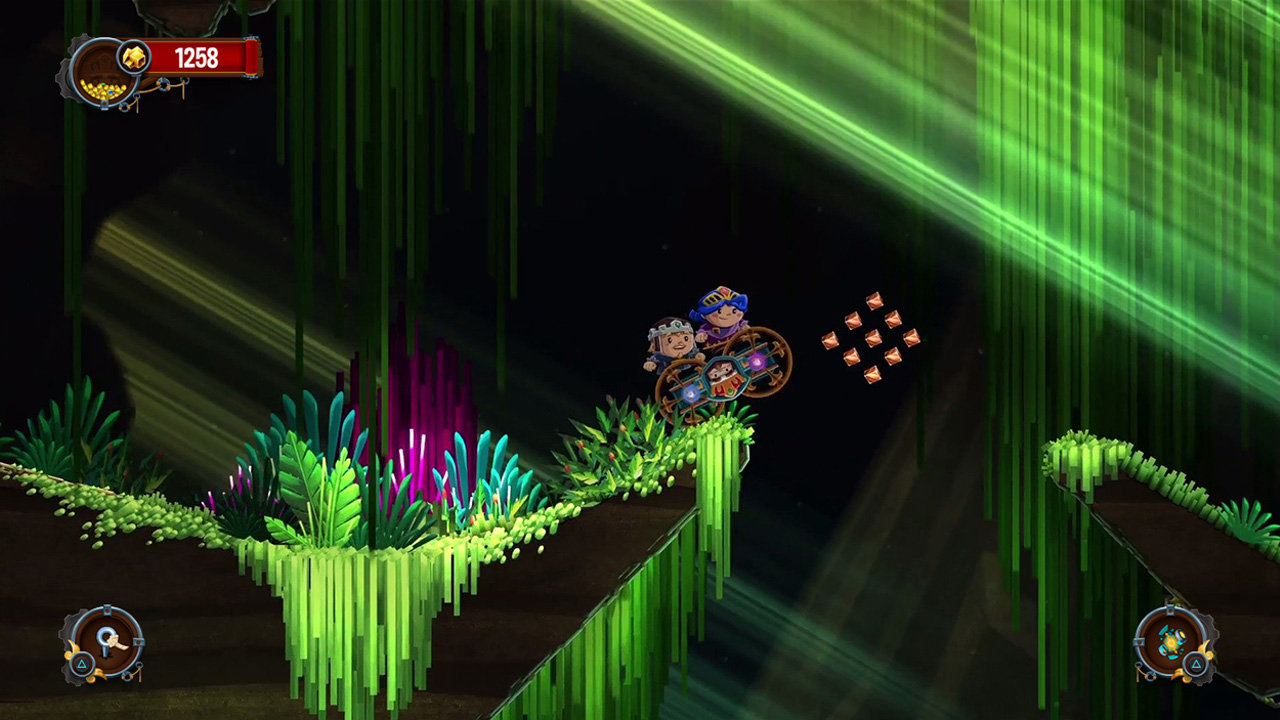 The game has a unique visual style, very cartoony, and it looks great on the PS4. The characters are animated well and while they don’t speak you definitely understand what they are feeling through their facial expressions. The game’s environments change very frequently as you proceed further into the campaign, giving this a lot of variety.

The only criticism I have for the game is that the levels themselves were too long. It felt like some of them went on forever, and I was wondering when I would reach the end. It’s not that the level layouts were bad, as I really did enjoy playing the game asa whole. It’s just that I wanted the levels to be more bite-sized and not take 30-45 minutes to complete. 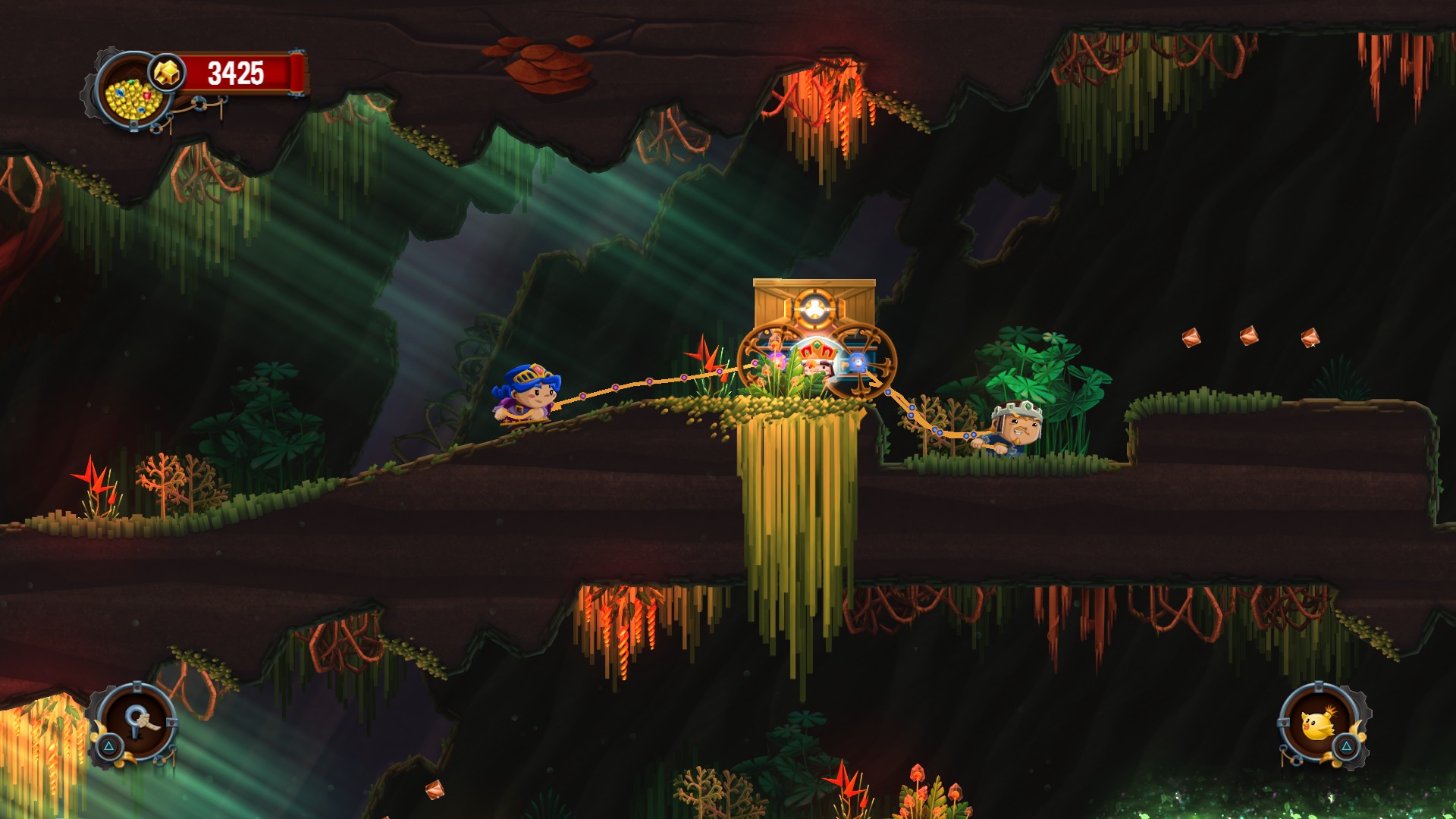 Chariot is a really unique and original take on the platformer. It adds good puzzles and metroidvania elements that will have you coming back and replaying levels. It’s a great package for two people who play a considerable amount of time together. But if it’s just one person who is going to play, then you might want to hold off until the virtual couch is released for the PSN. 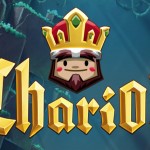