Castlestorm was released back in 2013 to positive reviews including from our sister site PS3blog.net. Its two expansions were also received quite well. Zen Studios has now packaged everything as the definitive edition on PS4.

Enjoy a unique take on medieval warfare in Zen Studios’ light-hearted action-strategy game. As rival fortresses attack your own, you’ll use a ballista to fling an assortment of weapons at enemy towers and spear approaching enemies, while sending your own troops and unleashing powerful spells. Battling opposing units up-close as an individual hero nicely balances the ranged combat, and CastleStorm’s goofy characters and richly detailed graphics keep it an enchanting experience throughout.

There’s a unique charm to Castlestorm, where it never takes itself too seriously. The game is deceptively easy at first with your goal to defend your castle from the vikings with your Ballista. Your goal is to stop them with head shots causing more serious damage. As you start to play you start to unlock unique soldiers that you can send into battle for you. You then also gain spells for you to cast on the battle field, and earn more projectiles to shoot from your Ballista. As you begin to play you continue to unlock more from all of these things throughout the campaign.

The basic goal in the game is to win the round, and this could mean a few things. Steal the enemy flag or destroy their castle, protect people on the field, get your men into the mine to protect it or even as silly as killing boars or turkey. Every round is different providing you with a very different gameplay. 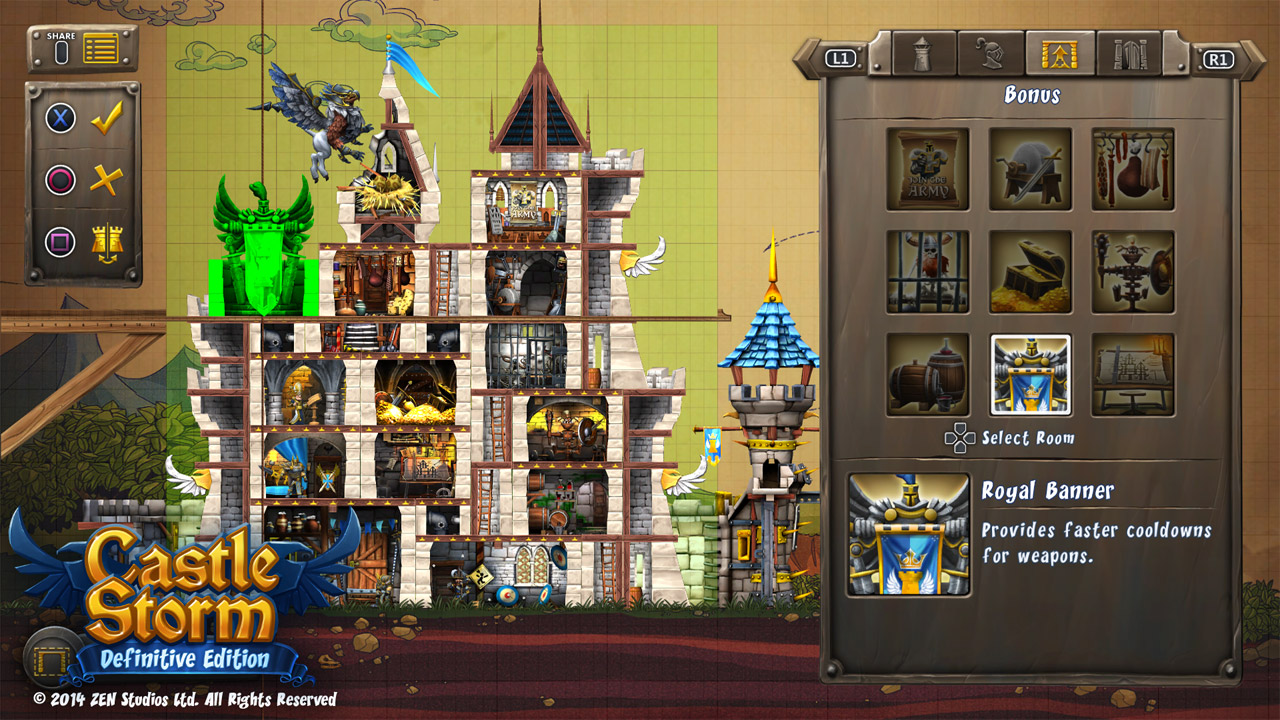 I mentioned earlier that you can unlock new troops for your army. There is one caveat to that, and that is you must make room for them in your castle. This is where the castle editor comes into play. You need to create rooms for your troops to sleep and train. As you change up your combination of troops, you need to adjust rooms accordingly. There are also bonus rooms that you can unlock during play that you will want to add as well to your castle. They include a treasury, armory, prison, and many others. At the same time, you want to make sure as you build your castle that it will stand up to the ferocity of your enemy. As a test, you can shoot a Ballista at your new castle to see how it holds up. If I could make one suggestion that will make your life easier. Put your troops Barracks near the back of the castle, as if they are destroyed you lose access to them then during your game. Once nice piece of strategy though is your enemy has the same issue, so when destroying their castle you know where to aim.

That would be great on its own, but wait there is more. As you play, you can earn gold based on your performance. That gold can be spent on troops, spells, Ballista weapons and Bonus rooms to upgrade them and make them stronger. You can choose how you want to develop your army and where your strengths lie. I found I was upgrading my Archers regularly as they were solid support for the rest of soldiers. There are so many ways you can customize your team. 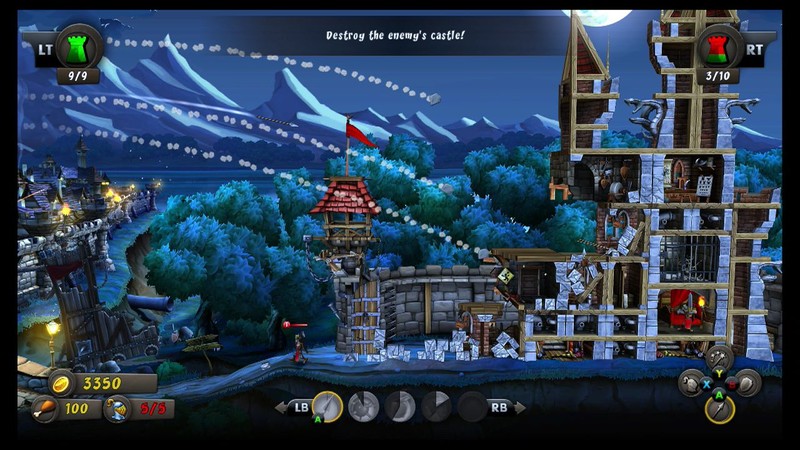 The game looks great and in a lot of ways it seems like a spiritual successor to Warcraft 3. It uses a similar art style, and the way you create your troops and use spells is really familiar. The game is also a lot of fun, and there are a lot of easter eggs in the game and it made me smile as a lot of the scripting breaks the fourth wall here and there The cut scenes are fun and very enjoyable breaks throughout playing. Although some of the funny things got a little less funny. I could have done without the “Arrow to the Knee” joke for the 10th time. 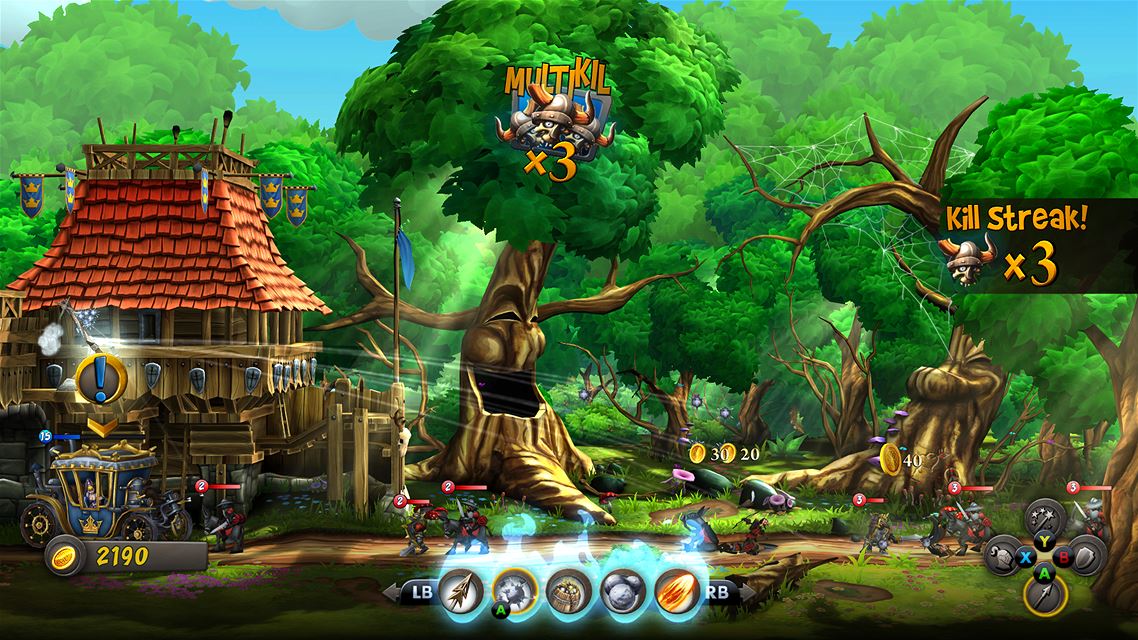 This package also includes both expansions “From Outcast to Savior” and “The Warrior Queen.” These include new campaigns with new unlockables and extends the life of the game. Overall it’s a great package.

There are 15 trophies for you to unlock including one gold, one silver, and 13 bronze. The PS3/Vita version with the DLC included had 30 trophies overall, so this is a bit of a disappointment. It seems the trophy list was trimmed down for the definitive version. It would have been nice to see them all included here along with a platinum. Several trophies from the PS3/Vita versions were also downgraded from Silvers to Bronzes.

Castlestorm Definitive Edition is a great game that I enjoyed playing. It has a solid realtime strategy aspect to it but still finds a way to include excellent RPG elements and a great castle simulator. It’s fun and charming, with a great cast and story. As a rerelease, this is a great deal that you should be considering for your PS4.