Velocity 2X is finally here! After loving Velocity when it was part of the minis range of games on PSP and PS3, and after playing Velocity Ultra (an enhanced port on Vita), I was more than ready to try Velocity 2X (which, by the way, is cross-buy on PS4 and Vita). This being PS4blog.net, you can imagine that most of my time was spent on the PS4 version of Velocity 2X. Did the game live up to the hype?

Engage the Quarp Drive teleport to outsmart the enemy in race-tuned space combat, then dock your ship, jump out and run around on foot to infiltrate enemy bases. Once you’ve disabled internal defences, jump back into the Quarp Jet and continue your mission!

Velocity 2X takes the same approach to great gameplay design that made Velocity Ultra so much fun, and applies it to a puzzle-platforming adventure too, making Velocity 2X twice the twitchy fun!

The story starts with Lieutenant Kai Tana in a comma after being captured by a mysterious alien race. The game then cleverly uses this to present a few flashback sequences to bring players up to speed on the series, and it also works as a quick tutorial for the controls and rules for Velocity 2X.

For those new to the series, Velocity 2X gives you control of a fast and powerful ship that can easily destroy everything in its path. As you progress in the game, you will unlock bombs to complement your firepower, as well as a handy teleportation ability that introduces an extra bit of strategy to the equation. Being fast and deadly is a must, and players will improve their skills for every minute spent with Velocity 2X. Levels are short, fun and to the point, with no dull moments. 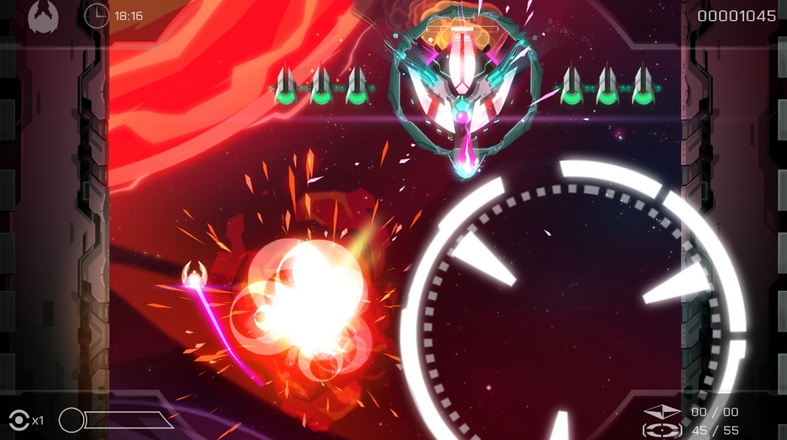 New to the series are the 2D platforming sections where Kai Tana exits her vessel in order to activate some of the switches required to clear the way in space, while also collecting energy crystals and destroying an enemy or two (or fifty) along the way. She will run, jump, slide, teleport and shoot her way past enemy defenses on her quest. 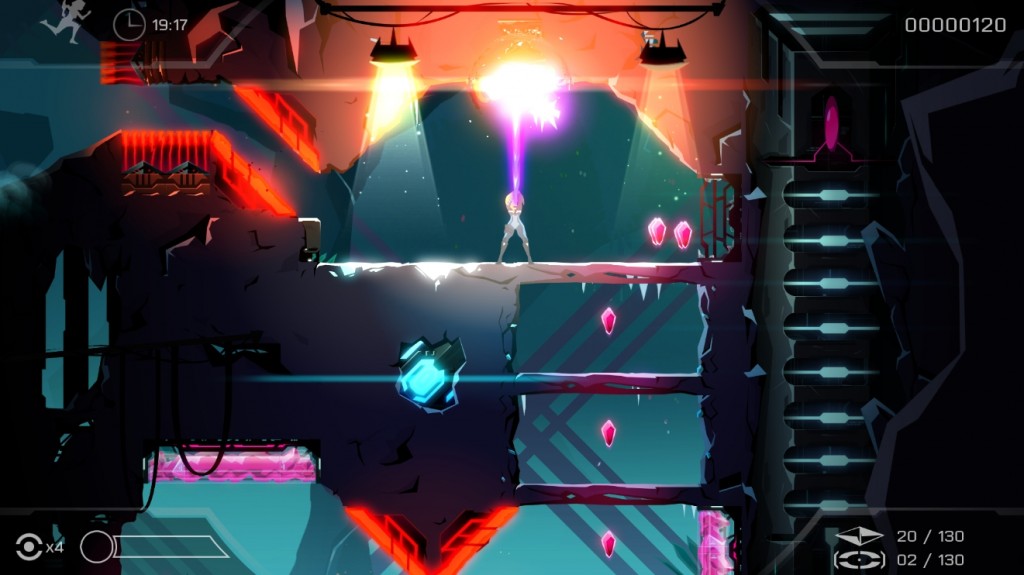 As was the case for Velocity Ultra, Velocity 2X features a full trophy list with a Platinum, and if you like a challenge, you’ll feel right at home because Velocity 2X demands perfection. 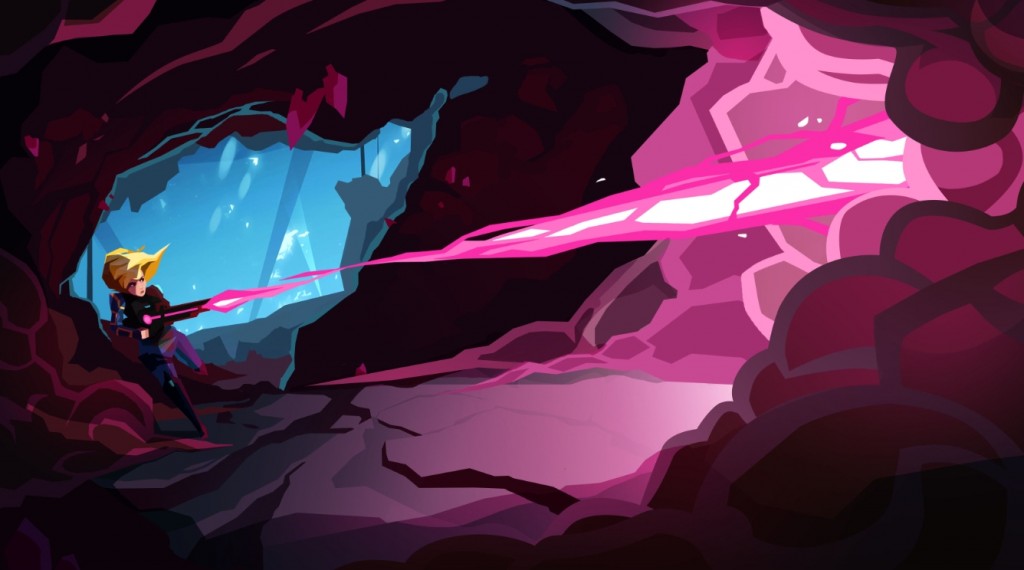 And perfection takes a lot or practice, and while the first handful of levels only have a couple of requirements, getting a perfect grade in most levels will require that you finish the level before an established deadline, that you rescue all survivors, that you collect all crystals in the 2D platforming sections AND that you destroy everything in your path while collecting all power-ups in order to achieve the high-score for the level. If you had fun trying to get the Platinum trophy for Velocity Ultra, you’re going to love aiming for it on Velocity 2X. 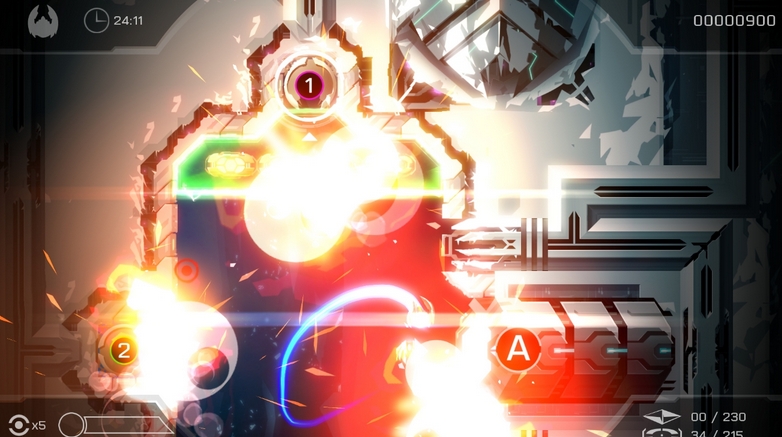 Velocity 2X is an excellent game that takes everything great about Velocity (and Velocity Ultra, of course) and expands on it. The extra work to polish the gameplay and graphics, as well as the new 2D platforming sections, make Velocity 2X a must have. On top of that, it’s an excellent reason to get PS+ since that way you can enjoy the game for free (as long as you have an active subscription during September in order to be able to add it to your collection).