KickBeat, originally released on PS3 and Vita, has now made its way over to the current generation of consoles thanks to a special port for the PS4. Does it kick butt or did it lose its rhythm in transition?

The KickBeat – Special Edition Soundtrack features tracks from a diverse lineup of artists:

KickBeat is an interesting game which takes the great parts from RockBand and combining them with Double Dragon to create a new game with a Rhythm-combat vibe. It’s a really interesting mix that creates a fun game to play with friends, and it brings some good replay value as well since you can continue to chase the top of the leaderboard over and over again.

Lee is the janitor at a secret Dojo in San Francisco where they protect the Music Sphere which contains all of the music in the world. Some thieves break in to take it and thus end up stealing all of the music in the world. It’s not long before anything with music stops working, so you set out to find out where the sphere is and save the day. The story is very goofy, but it is so absurd that it works. Somehow I became invested in the search for Music Sphere and hoping to save Lee than I probably should have.

If you played a rhythm game, KickBeat follows several of the facets that you may have seen before from the rhythm genre. You press the face buttons to the beat as your enemies approach, and they attack you to the beat as well. There are three types of enemies. Yellow (which are normal), red (which attack two at a time), and Blue (once one attacks the second attacks much quicker at a half beat). Every enemy attacks according to the music thus allowing you to follow the beat, which, if you have a good sense of rhythm, will help you succeed. I enjoyed the battle system as it took time for me to learn it and get good at it, but I didn’t like the lack of enemy choices in the game. It seemed like there could have been more options. That being said, you can bump the difficulty up onto the master difficulty which randomizes the movement of the bad guys, giving it some great replay value.

The game rewards good timing along with skill in attacking the right enemies, helping to increase your score. If you complete sections flawlessly you will earn more points, which is great since you’re aiming to achieve five stars for the level. As you earn more stars, you begin to unlock other characters and costumes you can play as in KickBeat, which is a nice bonus to reward completionists. 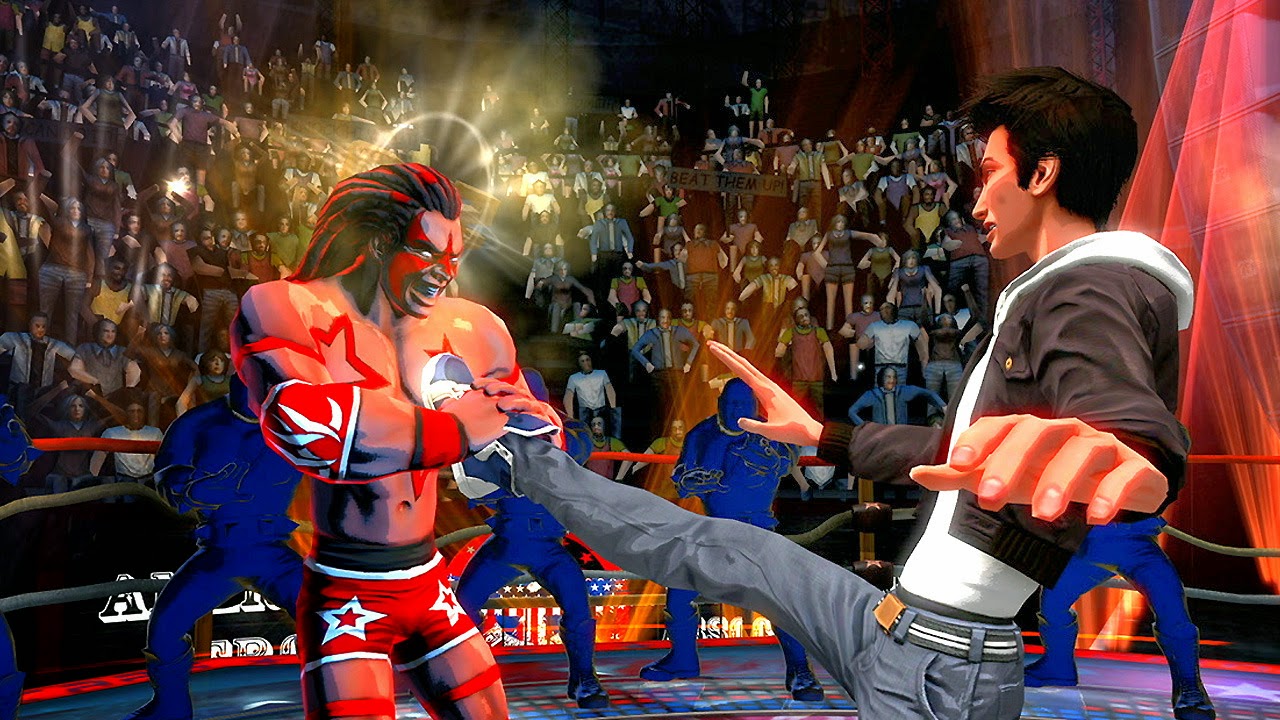 I really enjoyed making to the end of Lee’s story that unlocked the alternate character Mei. I was very excited to embark on a second story mode as I had enjoyed my first time through, but I quickly found out that it is the exact same game as the first time. They find a way for the story to repeat itself exactly, which I found to be a disappointment. Even if songs and stages were remixed or reordered for a second playthrough it would have felt a bit more different, which it needed to set itself apart.

The song selection is very good and energetic, which you want in a game like this. I actually knew a few of the bands (Marilyn Manson, Papa Roach, P.O.D, and Rob Zombie), but I found myself enjoying all of the sick beats. It’s a great collection of music. 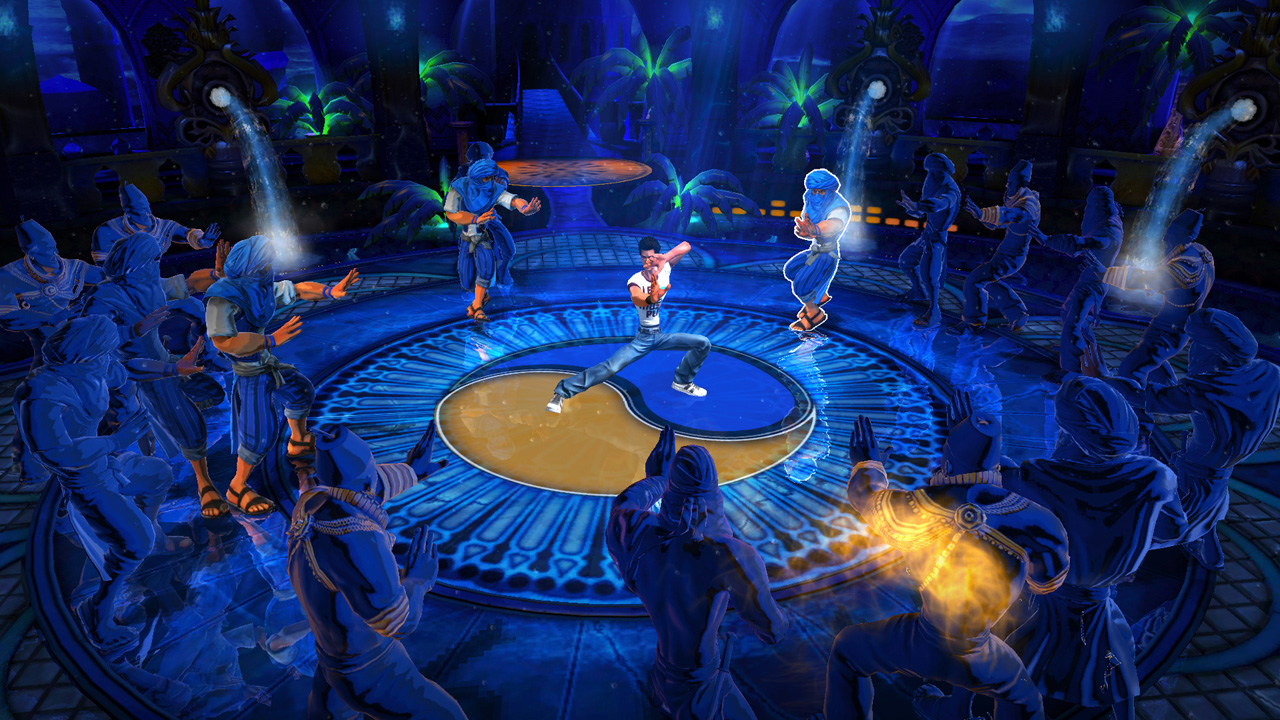 The game has 15 trophies (1 Gold, 1 Silver and 13 Bronze). Some will be obtained by finishing the story mode, but most are very skill-based and will be difficult to earn. Also, the game’s gold trophy acts like a platinum since it’s awarded for obtaining all the other trophies. Only the best will be able to 100% the game.

KickBeat was a pleasant surprise as I was not sure what I was going to get when I started playing, and I found a deep fighting game with a new mechanic I hadn’t seen before. It’s an easy recommendation to others looking for a challenge and for those who need something to fill the void from the lack of new Rock Band or Guitar Hero games. Zen Studios has another great game on their hands, and I look forward to seeing what they can do for a sequel. 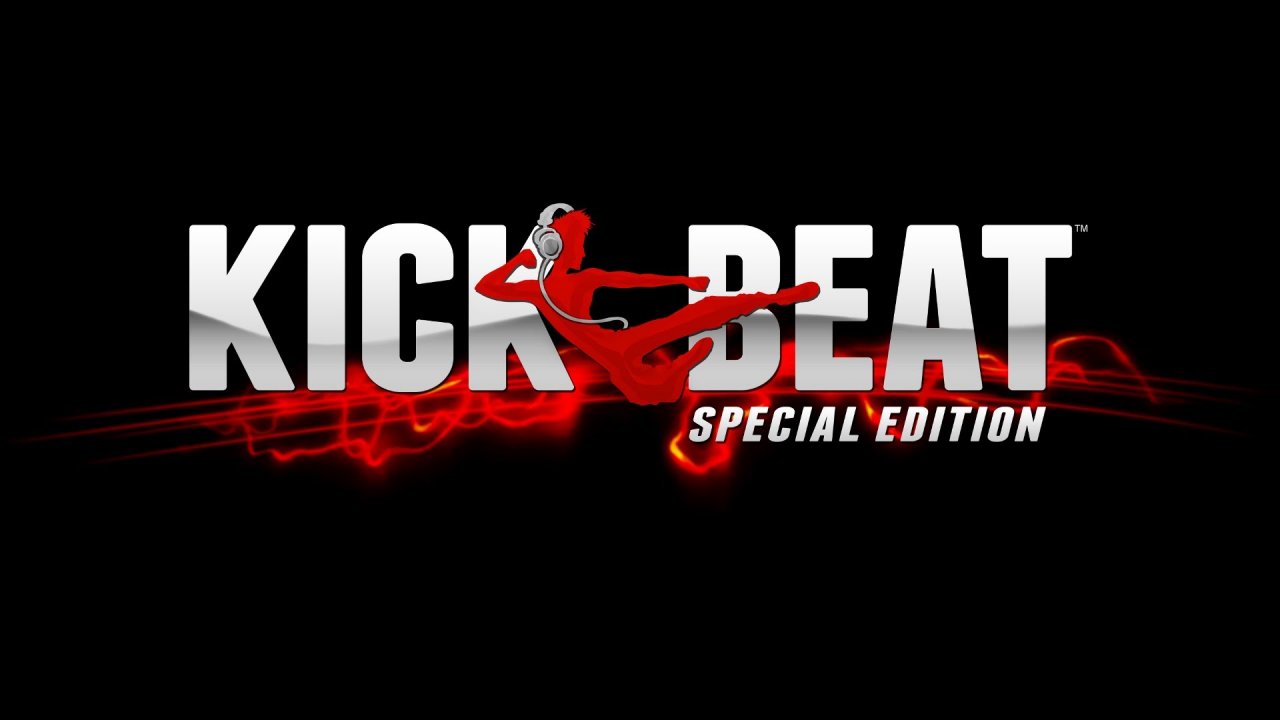