Last year’s PC indy hit has now found a new home on the PSN. Let’s check it out!

What if someone knew your mind better than you did?

The Swapper is an award-winning, narrative-driven puzzle game set in the furthest reaches of space.

The Swapper takes place in an isolated and atmospheric sci-fi world. Players wield an experimental device which allows them to create clones of themselves, swapping their entire consciousness into new bodies to overcome the challenges of the environment.

• Think: Fiendishly designed puzzles with equally clever solutions that are never more than a few steps away.
• Wonder: The art in The Swapper is constructed using clay models and everyday materials, which combine to create truly unique visuals in a detailed and atmospheric environment.
• Discover: A powerful and thoughtful story told through the game’s environment with narrative design from Tom Jubert, the writer behind hits including Driver: San Francisco and Faster Than Light.

This Cross-Buy product entitles you to download PS3™, PS4™ and PS Vita versions.

The Swapper was a game that I had been waiting for to hit the PSN ever since I heard about it last year when it was released on PC. It had an interesting concept, but I avoided info on it so I could stay spoiler free on the game. If you are looking for a super unique game and want to avoid spoilers, you should just go play it. Stop Reading now.

Still here? Okay then let’s continue. The Swapper is what you get when you cross Portal 2 with Limbo and a dash of Super Metroid. It is one of the most unique puzzle games I have ever played. You play as a lone spaceman on a deserted Space Station where something bad has happened as there are no people on the ship (or almost no people). As you start to explore the ship, you receive a new (and your only) weapon: “The Swapper.” This weapon allows you to create clones of yourself and switch your consciousness between them. Using The Swapper, you will create clones of yourself to solve puzzles around the space station in order to proceed further and find out what went so wrong here and where everyone is.

When you create clones of yourself, they follow your actions as well. If you walk forward they walk forward. If you jump they jump. So when completing the puzzles, you need be aware of that. You will often need to arrange your clones on switches or in areas you can switch your consciousness from quickly. The puzzles start off easy as most games do, but the difficulty ramps up quickly. Near the end of the game, I needed to resort to some help as the puzzles started to get super complicated. They also throw some kinks as you play with colored light. In blue light, you can’t create a clone and red light you transfer consciousness through it. Soon you start navigating switches which will alter the lights to help you proceed. In each puzzle you are trying to obtain an orb, and when you have enough it will unlock the next section of the space station.

As you progress new sections unlock but, like some other Metroid-style titles, they start connecting back to themselves so you can access old areas. I was shocked once I realized how big the station was as I was nearing completion of the game. Very smart level design. 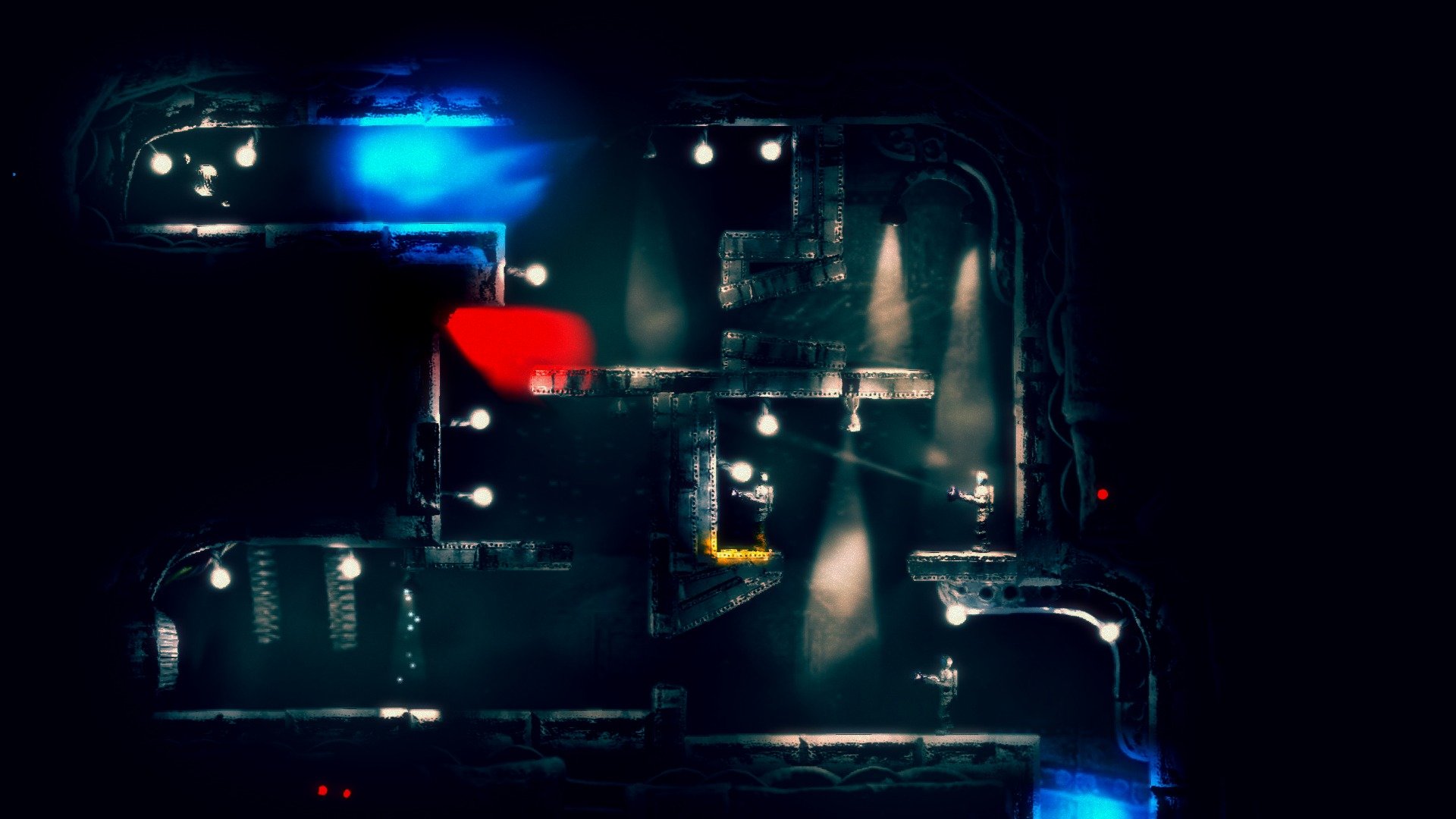 That being said there is so much more to this game. The game has a super eerie feeling when playing and they nailed the atmosphere at the space station perfectly. It reminds me a lot of the original Alien movie. There is also a moral question to the game. As you create clones of yourself and swap, is your consciousness also moved? Are you the same person you were moments before? It isn’t long before your original body dies and you swap into one of your clones. Throughout the game, I watched shells of my character die hundreds of time while I tried to progress further. I don’t even know how many bodies I had switched as I approached the end of the game. How many times can you watch yourself die? Are you still you even if you are not in your body anymore?

I actually started playing the game on the Vita while I was away on vacation and thanks to Cross-Save finished it on my PS4 at home. I have about 50/50 playtime on it. The Vita version looks great on the handheld. There were a lot of details in the background that I completely missed until I started to play on the PS4. The one big plus to the Vita version is the Map is much easier to navigate on the giant touchscreen. That being said, if you have a choice to play on both the PS4 is the way to go since on the big screen so you don’t miss all of the included fine details. 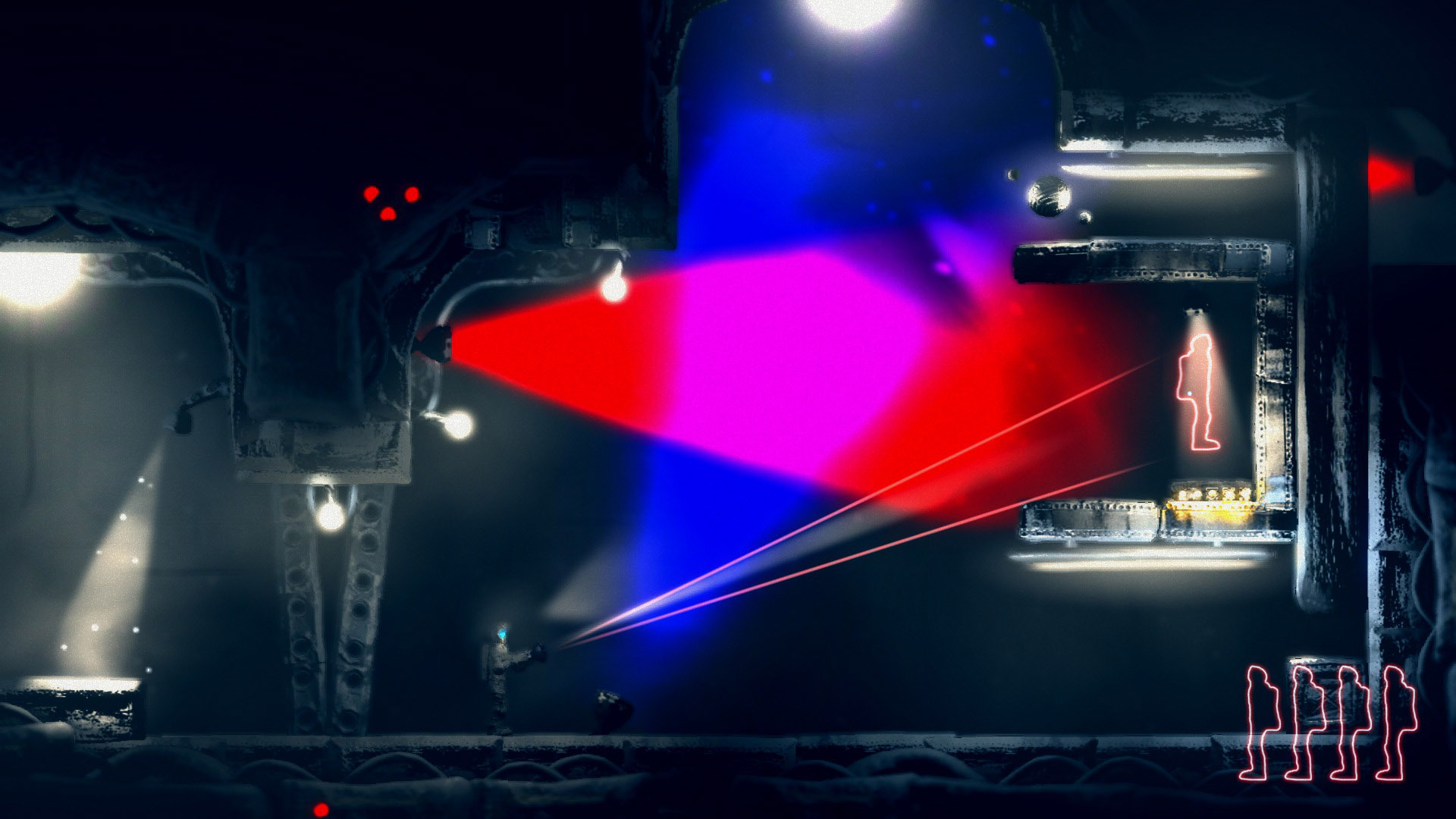 I was almost done with the game and I did not receive a single one of the 10 trophies while playing, which made me realize there are no trophies for completing the game or for reaching specific points in the story. Instead, are all based on finding hidden info computers that help flesh out the story, and they are hidden in the game through false walls which means they takes a considerable amount of exploration. Once you know the where they are it does not take long to get them all thanks to the great level design. There is a point of no return for getting the trophies. Once you do a specific event near the very end of the game, you will not be able to get them any longer and will need to restart. There is 1 Gold, 5 Silver and 4 Bronzes in total which isn’t bad at all. There was definitely some more room here for improvement overall as there could have been more trophies for game completion, finding all of the data centers, or doing cool and unique tasks with The Swapper.

The Swapper was such a unique and different gameplay experience. I have not felt this way about a game since playing Portal 2. It made my brain hurt thinking about how to get through specific parts of the game, but I felt rewarded throughout it. It also made me think about the moral complexities involved, which I can’t say most games even try to. This game is for you if you enjoy puzzles, eerie settings, and fantastic games.