Making its console debut only on PlayStation®4, The Last Tinker™: City of Colors is a 3D action adventure game that harkens back to familiar classics. Featuring parkour gameplay, fast-paced combat, color-themed puzzles and captivating stories, players must use the power of color to inspire and reunite the citizens of the City of Colors in an effort to save the city from destruction by the corrosive Bleakness.

The Last Tinker: City of Colors features a bright, beautifully hand-crafted world that is brimming with quirky creatures and amazing places. Beautifully handcrafted environments are populated with living papier-maché characters.

The Last Tinker is a gorgeous platforming game where we take control of Koru, a young kid who lives in Colortown, one of the only places in Tinkerworld where everyone is welcomed and can live without fear of being attacked or mocked because of their color.

It turns out that most of those that live in Tinkerworld have decided to split into three distinct cultures: the aggressive reds which are always ready for a fight or for some hard work, the easily scared green who fear even their own shadow, and the blue who, well, who are blue on the outside and on the inside. 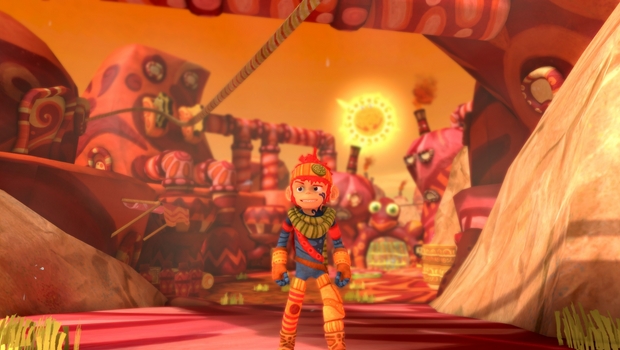 After Tap, who is Koru’s best friend, is hurt in a fight with the Red gang, a peaceful Purple spirit finds the pair and offers to lend his power to Koru in order to heal Tap… as long as Koru promises to help him on his quest to save all of Tinkerworld.

As you can imagine, things are not that easy, and we soon find out that the Purple spirit is an evil spirit that wants to “save” Tinkerworld by destroying it, erasing all trace of color until there is nothing left. 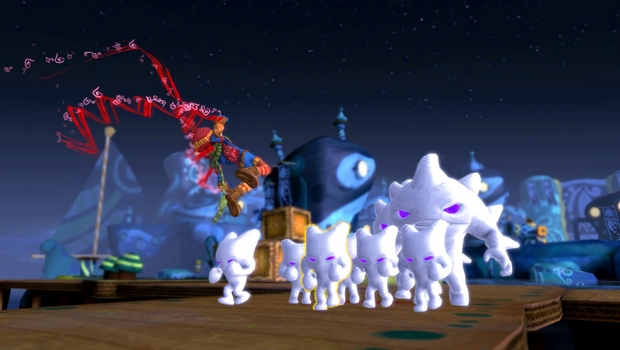 Knowing he screwed up, Koru sets out to find the Red, Green and Blue spirits so they can help him fight against the all-devouring Bleakness that is slowly making its way to every region within its reach, expanding more and more until its job is done.

As you can see from the video, the game is very colorful and features an interesting art style that makes everything pop, thanks in great part to its use of cardboard for several of the items that decorate each area. Think of the inhabitants as huge stuffed animals (or piñatas) and you’ll understand what I’m saying. 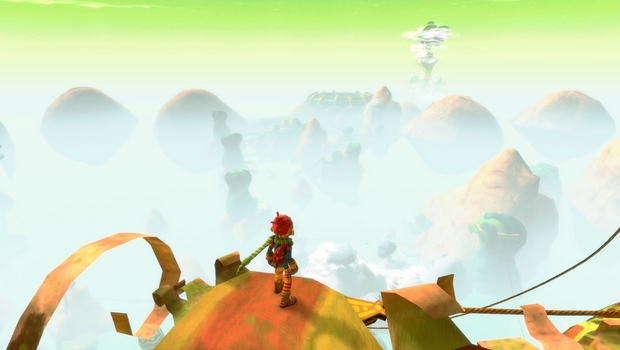 I will not spoil the rest of the game because The Last Tinker is a very fun release that mixes platforming, action and puzzle solving into a great package. The game is about six to seven hours long, and it features fourteen trophies for your collection. 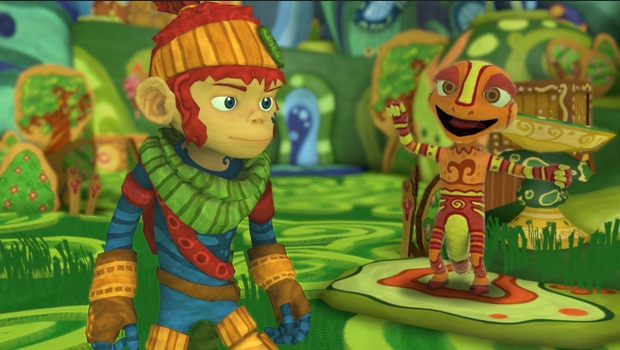 Very fun and charming platformer that is the right length as to not overstay its welcome.