The seminal Another World PC/16 Bit Classic has returned in the 20th anniversary version updated for the 21st century. Does the game hold up after all this time?

Also known as Out Of This World™, Another World™ is a pioneer action/platformer that released across more than a dozen platforms since its debut in 1991. Along the years, Another World™ has attained cult status among critics and sophisticated gamers alike.

AN IMMERSIVE ADVENTURE WITH UNIQUE STORYTELLING

Another World™ chronicles the story of Lester Knight Chaykin a young scientist hurtled through space and time by a nuclear experiment that goes wrong.

Another World was a game ahead of its time back when it released back in 1991 and it did things very differently from the crop of games that were being released at the time. In the game, you play as Lester Chaykin a young physicist who is transported to Another World (see what they did there) through an errant science experiment. You arrive in a very hostile environment where everything is trying to kill you and you need to survive at all cost.

What follows is a side-scrolling 2-D action adventure game where you try to survive the wildlife and inhabitants of the planet. When you arrive at this new planet you don’t have any weapons to defend yourself, but as you play through you will find something to take on the local hostiles. This way, you can run, shoot and shield yourself to safety. 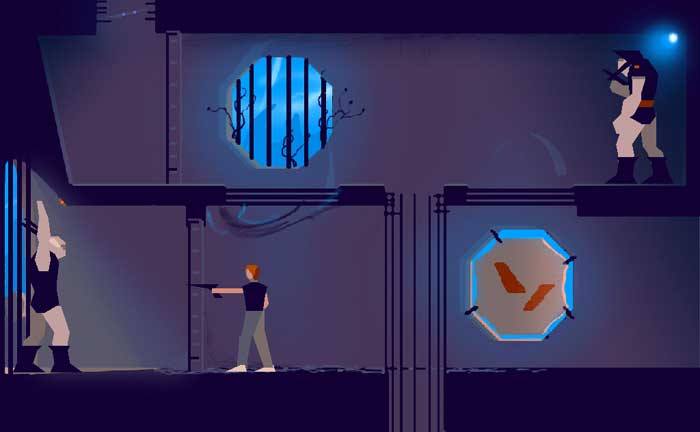 The combat system (after getting a gun) has a steep learning curve due to the game keeping a very similar control situation to the original release. One button controls your characters jumping and the other one controls running and shooting. Once you have a gun, there are 3 options for you: a regular button push shoots a small laser, holding the button for a few seconds will create a shield, and holding the button for a longer period of time will send out a large shot capable of killing enemies, destroying their shields, or breaking some walls. The controls work once you get used to it, but this requires a bit of effort on your end. It would have been great to see the controls expanded to a wider variety of buttons since this would have eliminated some of the trouble in combat. There were often times when I was trying to shoot and ended up running.

The graphics have gotten a complete refresh while still retaining that older polygonal feel of the original but taken into HD territory. This is a great upgrade from the original pixelated version, but if that is the version you love you can switch back to it by hitting the triangle button. It still has an old-school charm, but thanks to the HD crispness it is really appealing. As for me, I ended up playing in the updated visuals as the pixelated version was harder to visualize on the big screen. The music in the world is really moody and matches this new world, emoting for your character and for the inhabitants of the world. 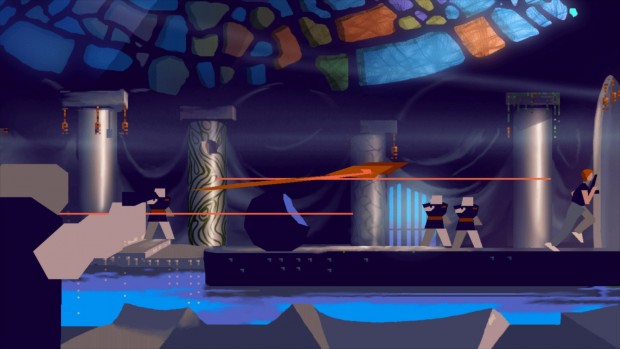 Since this is an older game, it is really short (as is the case for most releases during the first half of the 90s). This is a shot-for-shot remake with no extra content on top of the original. If you take the time to explore the game, it will probably take you around 2-3 hours to complete, but if you know what you’re doing you can speed run the game in 30 min.

There are 13 trophies (1 Gold, 3 Silver, and 9 Bronzes) in the game. In my initial play through I got all but one trophy, which I was able to clean up very quickly due to chapter select. Getting 100% is very attainable for you trophy hunters. And yet, I think there is a missed opportunity for trophies based on the difficulty level you play at or for doing a speed run of the game. 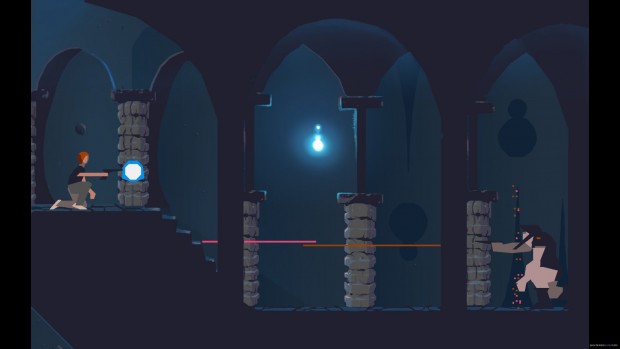 It was a pleasure to experience a game that I missed the first time around. I remember seeing the ads for it in my old comics, and this is proof you can go home again. If you haven’t had a chance to play this yet, I would definitely suggest you give it a try to see how groundbreaking this was. For a reference point, this is around the same time Super Mario World debuted in North America. Give this piece of gaming history a chance. 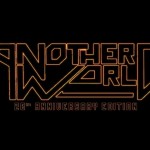 A fully H-D realized port of a groundbreaking game