1001 spikes is the latest release from Nicalis, who was responsible for releasing the great Cave Story on the Wii and 3DS. How does its transition to the HD Consoles stack-up?

Jim Hawkins, the world-renowned archaeologist, has gone missing while exploring the frozen reaches of Antarctica.

Before his disappearance, he entrusted his son Aban with a map to the long forgotten ruins of Ukampa Temple in South America, along with a letter warning that death waits behind its every corner.

Can Aban survive the endless traps of Ukampa and surpass his famous father once and for all?

Purchasing this content entitles you to both the PS4™ and PS Vita versions!

Your Dad, an adventurer who was never there for you (and who never showed you any respect), has suddenly disappeared. He left you a treasure map for locating an ancient artifact in South America to make your own fortune as he left nothing for you. However, instead of doing it for the money, you go in to prove that you’re as good as your father. This is he setup for 1001 Spikes.

I had heard about how 1001 Spikes was said to be a death-a-thon, but I didn’t believe that it would be this hard until I actually played the game. This is an old school 8-bit game, and you start the game with 1001 lives, which sounds like a lot, but really isn’t. In the first set of levels, I used over 100 just trying to get through them. This game takes the concept of unlimited lives to a new level. Each stage doesn’t look huge, but as you progress through it you start to see how dangerous it really is. 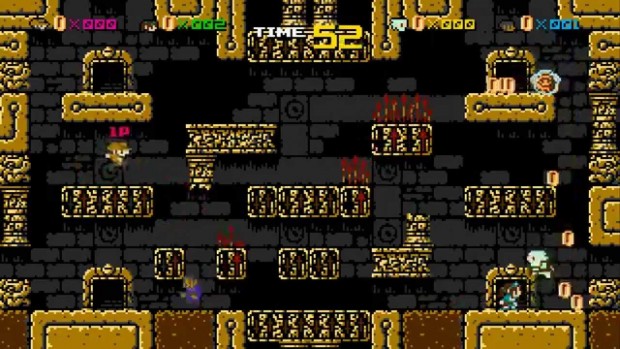 Each stage includes many hazards such as floor spikes, darts, fire, spinning blades… death is around every corner. While you play each level you should be aware that you’ll die a lot, but this will help you learn how to avoid the dangers in order to make it through in one piece. Also, there are no checkpoints. Bet you didn’t see that one coming! This is an interesting way to play as it takes the unlimited lives paradigm that other games have set and turns it on its head. You will be making your way through the level and pause for a second to take a breather… and then you’re dead. The game requires expert memory and timing to make it to the goal.

On top of this, you will also be aiming to collect golden skulls that are buried throughout the game since you can use them to unlock things, but they are harder to get thus pushing the challenge right to the top. This is why there’s a level skip if you find you can’t beat the level, making it easy to come back later for another go.

The graphics are 8-bit old-school to the bone, but running at a fast and solid frame rate. Dring the NES days when games were very hard but they were broken in some ways as well (looking at you, Battletoads); however this game runs perfect, properly timing on all of the challenges and obstacles in the level. The different temples each have an individual look, and the character models look really good as well. The music uses the old 8-bit style Chip tunes, and even though there are only a few songs in the game, each one is distinct and really help you push through the game. 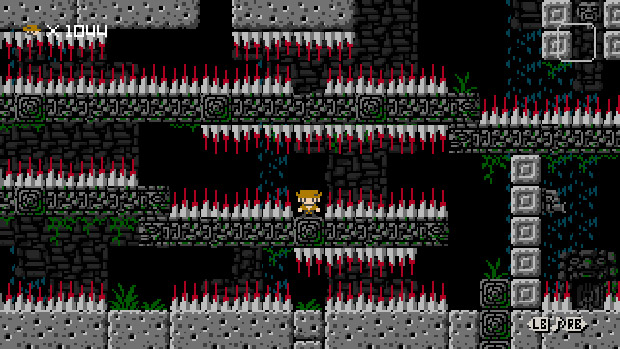 The multiplayer is local only, so no online modes. This is great when you have friends over for couch co-op, but it would have been great to play with friends over the PSN. The game has an interesting mode where you have to hold on to a coin pot and the longer you hold it, the more coins you get.

There are also several character types available based on other video game characters that have special abilities. Nathan Drake from Uncharted was represented with the ability to hold on to edges, Arthur from Ghosts and Goblins was the one who could take one extra hit, but lose his armor and be in his underwear after it, and there’s a take on Simon Belmont, included with his whip. All things considered, there are over 20 characters to unlock.

There are 8 trophies to unlock (2 Gold, 3 Silver and 3 Bronze) which is a good mix for the game. However, they will not be easy to obtain thanks to the insane difficulty level. I applaud you if you are able to 100% this game.

1001 Spikes is an excellent game that really does give off the feeling of games from back in the day, before checkpoints, regenerating health and the other tropes used in today’s video game industry even existed. That being said, it is a very difficult game and you need to be aware of that before going in. If you are ready for a challenge then be prepared, because death awaits you.

The Vita game plays almost identically to the PS4 version, and the experience is pretty much the same on the smaller screen, including the 8-bit graphics and the awesome chiptune music. As the game is cross-buy, you do get both versions, but be warned that there is no cross-save support. Without the ability to cross-save, this means that you are starting fresh right from the begining, which is definitely frustrating especially with the games difficulty level. The Vita experience is great, but I think most players will probably stick with one version and play it. The Vita game does have a separate trophy list so you can try to double up on the trophies. Something else to consider: there is no multiplayer mode as it was only local co-op on console, making it impossible on the handheld. 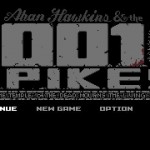 Old school game that will make you want to throw your controller. In a good way.