Welcome to the future, where you can fight have massive battles in space!

‘In the year 2299, an interstellar war rages. Take control of the Strike Suit – a craft with the ability to transform into a hulking suit of space armor – in a bid to save Earth from destruction. Immerse yourself in massive fleet battles where your dogfighting skills will directly affect the fate of the cosmos.

Discover a colorful and vibrant universe, with an epic story spanning 17 unique missions. Engage intelligent enemy fighters and take on colossal capital ships, exploiting weak points in their super-structure to blow them apart piece by piece. Upgrade your Strike Suit and customize your weapon load-outs to tailor combat to your tastes. Take advantage of six craft, including three Strike Suits, to experience dogfighting action as you’ve never seen it before.

This is space combat reborn.

You are immediately dropped into this world and need to learn how to control and fly your new spaceship right from the start. This game takes some time to get used to the controls as you can change your Y and X axis’s and really control your ship in space at all times. If you are not used to a space fighter like this, be prepared for a learning curve. Once get how to control the steering of your ship, you can start to work on making the most of your weapon systems. At first, you ship is armed with an energy cannon and a secondary weapon that has a limited number of uses. Luckily, your pulse weapon has unlimited usage. When the pulse cannon is completely drained, you need to let it recharge for a few seconds. As you play further into the game you will unlock new upgrades and ships. 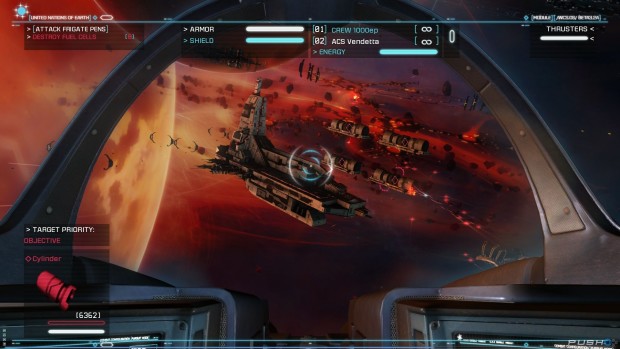 The game starts off small in scope with your ship completing training exercises. It is not long before you are pulled into a war between the United Nations of Earth(UNE) and the enemies who are planning to attack earth. In your explorations, you come across a new ship with and AI that can help you out. Whats cool about this one is that it can transform into a robot Gundam/transformers style. You become much more powerful in this mode and can destroy larger groups of enemies. You do only have a limited time before you use up all of your energy and transform back. This helps balance the game and keep it from getting too easy. Between the two campaigns, you have 6-8 hours worth of material to play, and you can replay any level at any time to get a higher score or better upgrades.

The game looks great. It does a great job of making you feel like you are in space with everything around you. You are often in battles with tons of ships on screen and everything runs smoothly, but this also helps to create a nice atmosphere that really sets the scope of the game for you – and this can make the game feel huge. 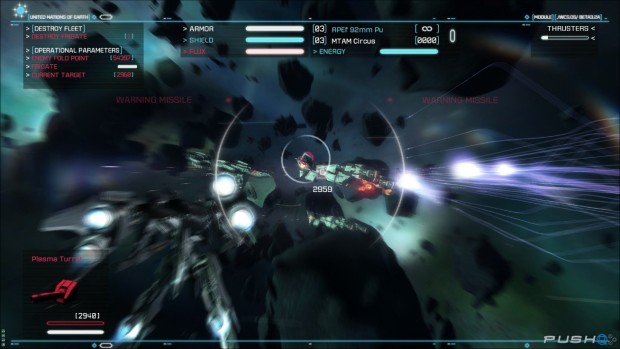 Characters typically communicate over radio since everyone is on a different ship. They do a good job in not making the sound too clear so you do feel like you’re in space. The soundtrack is awesome and really sets the tone for the game, definitely making you want to keep playing.

Strike Suit Zero is a great game and a fresh take on the space shooter genre. If you are looking for something unique to play and enjoy shooters then this is a great option. It will take some time to get used to the controls, but once you do you will be in great shape. Be sure to add this game to your PS4 library right now! 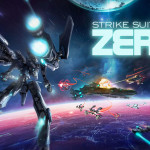 The Last of Us Officially coming to PS4