Resogun was one of the launch titles for PS4 and one of the first free games for PS+.

From Housemarque OY, the creators of the Super Stardust™ series & Dead Nation™ comes RESOGUN™, the next generation of shoot ‘em up, developed exclusively for the PlayStation®4 system.

Unleash a diverse array of devastating weapons including lasers, missiles, overdrive, and nova-bombs to blast hordes of enemies and rescue the last survivors from distant galactic colonies that are under ruthless attack from an evil alien invasion force.

• Massive destruction! Destroy hordes of enemies in worlds created from millions of individual building blocks (voxels) that break up in real time as you battle to survive as the world is destroyed around you.
• Push yourself to the limits in Arcade and level based Score Attack modes and prove your skills in global leaderboards for each game mode and difficulty setting.
• Join forces with your friends online and show off your skills and take down huge bosses in action packed co-op multiplayer.
• Welcome to RESOGUN™… an intensive, ultra-responsive, fully HD, 60FPS shoot ‘em up, only on PlayStation®4 system!

Resogun at first seems like a bit of a mismatch for the PS4. A sidescrolling 2-D Shoot-em-up on a brand new system? Did I buy my nice and shiny hardware for this? Simply put, Resogun is the best game on the PS4 at the moment.

Resogun takes the old school Shoot-em-up formula and turns it on its head for a new generation. If you have played Super Stardust or Dead Nation you will have an idea of what to expect. This is a twin stick shooter where one stick controls your ship and the other is used to select where to aim. It’s a very simple but very effective control scheme. You also use the top triggers to help control your bombs, overdrive, and boost.

At the beginning of the game you select one of three ships to then head on your way to protecting the last groups of humans. Each of the five worlds is populated by enemies trying to stop you from saving the humans in the level, and as you play you get a chance to beat certain enemies – called keepers – that are holding one of the humans as a hostage. When released, they run around the level, and you must get them and take them to safety. When you do that you are rewarded with shields, points, bombs, or extra lives! Each level consists of three phases, and once you’ve complete all of them you will reach the boss of the level. Each boss has a trick to beating it and once you figure it out they are fairly easy to defeat. 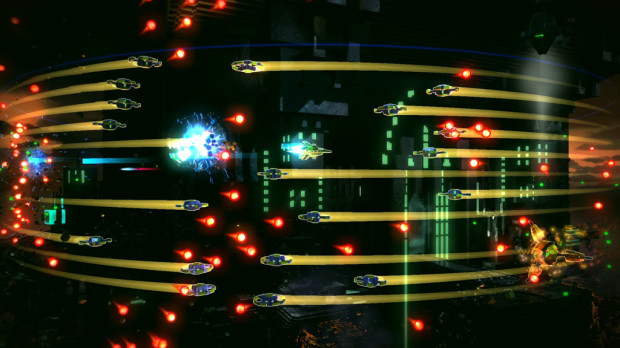 The premise of the game is very simple, but let’s not forget you are not playing the game for the story, you are playing for a high score to beat, in order top the leaderboards. As you continue to kill enemies you will make your score multiplier increase, and if you don’t destroy more enemies it will reset and then you have to work on building it up again. Also, the difficulty level you choose will dictate what multiplier will be available to you.

You may ask… why is this on my PS4 and not the PS3? There is so much going on in the screen that I think the PS3 would slow down tremendously trying to run it. At some points, there are over 100 enemies on the screen and the PS4 handles this with NO slowdown. There are huge amounts of particle effects and many things going on the screen, and the game does a lot with its unique pixelated art style. It looks very much like an old school Nintendo game, fine-tuned to perfection.

The music in the game is good and keeps with the theme. The game also uses the speaker on the PS4 controller to alert you when things are going on, which is something I really liked. 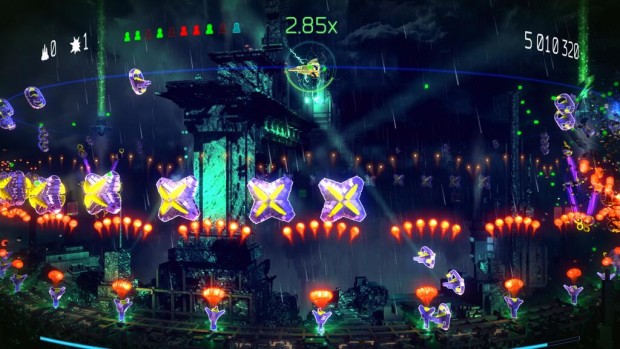 The are a bounty of trophies for you trophy hunters to collect, including a coveted platinum trophy! Some of the trophies are very easy to get, but overall you’re in for be a challenge.

I’ve had my PS4 since the beginning of January, and I’ve played quite a few games, but Resogun is the one that I keep coming back to on a regular basis. It’s a game that demands skill and twitch reflexes, and even though everyone can play on the easier modes, it takes a really skilled player to succeed on the harder modes. This is still a freebie on PS+ and really should be a no-brainer to all PS4 owners. If you have a PS+ subscription download it NOW. It will be worth it. 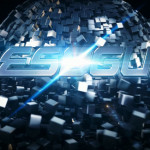 A great game which every PS4 owner should experience.

Stick it to the Man Coming to PS4