Rayman Legends, an excellent game which was released on several platforms last year, has now been released on PS4 for all to enjoy!

This updated release features sharper visuals and no loading time between levels, as well as exclusive character Assassin Ray, based on Edward Kenway from Ubisoft’s Assassin’s Creed IV: Black Flag, as well as extra character Champion Ray, a VIP Hero that must can be unlocked by the highest-ranked players in the game’s Online Challenges Mode. 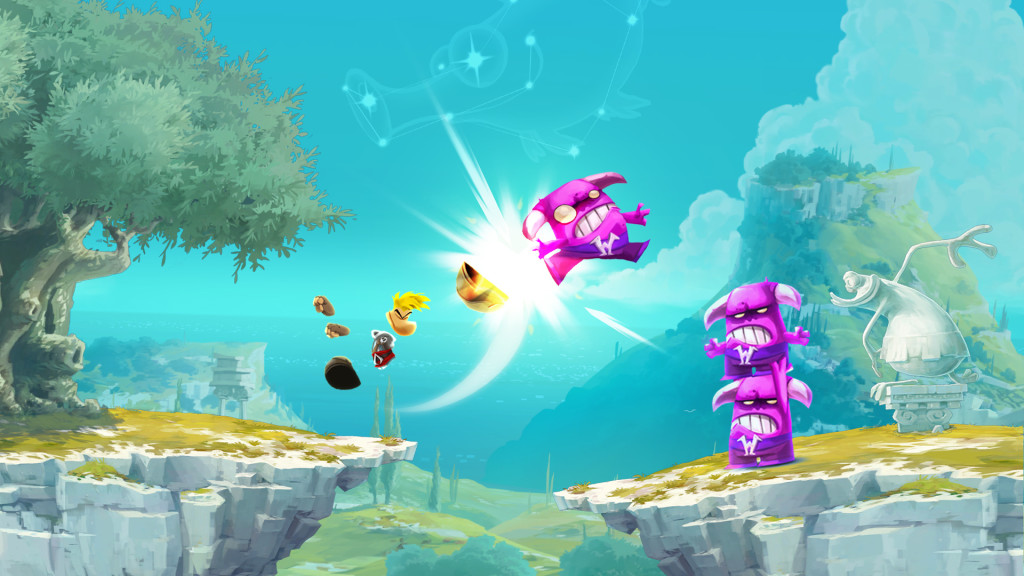 On top of this, players can use the PS4 controller’s touch pad for several actions (such as, say scratching one of theLucky Tickets), and there is even a new Camera Mode in which players use the touch pad to freeze the screen and zoom in and out of the picture to appreciate the highly-detailed visuals. And as a PS4 bonus, players can enjoy the game on their Vita’s screen thanks to remote play so that they never have to stop playing in case the TV is busy.

To make things even better, the game is only $39.99 (instead of the full $59.99 that is to be expected for PS4 releases) which is a good call from Ubisoft since the lower price will make it easier for people to double-dip on this excellent release.