Lead your team to glory against the world’s finest football clubs! You will guide your favorite real-world football team in their quest to become Super League Champions.

Table Features:
– Officially licensed, custom designed table skins for some of the biggest real-world football clubs, including Arsenal F.C., Liverpool F.C., FC Barcelona, Real Madrid C.F., A.C. Milan, and A.S. Roma!
– Your favorite players represented on the table in 3D!
– Pick your club and start your journey to a Super League Championship
– Fill your Trophy Cabinet with awards and accolades
– Game progress carries from game to game, progressing through Super League play
– Great competition against other players in the Super League

Zen Pinball 2 has released their latest pinball tables upon the world, all based on popular football teams (soccer for those of you who don’t have a clue about what I’m talking about) from Europe. For any football fan, these will be a great addition to their PS4 library. The pinball tables are based on the Arsenal F.C., Liverpool F.C., FC Barcelona, Real Madrid C.F., A.C. Milan, Juventus Football Club and A.S. Roma, or you can also pick the table for Zen Studios F.C. Each table is $2.99, and this makes it easy for you to pick your favorite team(s).

The football theme fits the pinball world perfectly, and the table oozes personality: pinballs themselves are footballs, there is a score counter, team mascots, and a football player takes care of kicking the ball into action. Each team has a different color scheme and has a different mascot, and it also includes the real players that play for each team. 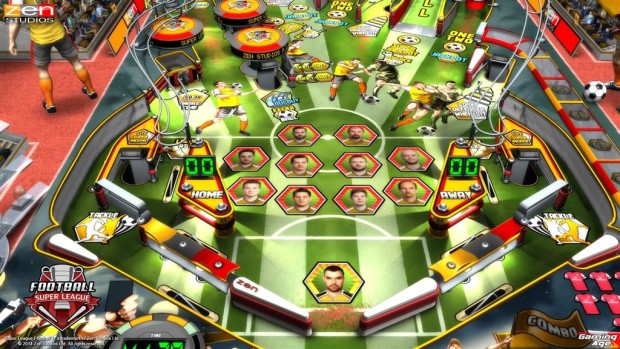 The game plays like a football match, with a timer that is counting down, and it’s you vs. a rival team. In order to win the match you must score more goals than your opponent by the end of the match (just like in a football match!), and you build a combo meter by completing passes – which are the loops in the pinball machine. As you build your combo meters, you will remove players from the opposite team in the mini-playing field which is used to give you a chance to score a goal, or to defend against a penalty kick from your rival. If your combo meter gets to low, the ball will turnover to your opponent, giving them an opportunity to score unless you can defend by hitting the lit lanes around the table.

Your right and left triggers on the PS4 controller act as your paddles. The concave triggers on the PS4 feel really solid and keep your fingers from slipping off of the triggers. This really increases the comfort factor and makes it easier to play for longer periods of time.

The constant-action in this table makes it a very fun release, and you will keep coming back for more for hours. As always, trying to beat your high scores, as well trying to beat the scores of your friends, is highly addictive. There are also several in-game trophies that you can unlock (for a diverse range of actions during a match), adding some extra replayability to the game as well. There are also two trophies that can be unlocked, thus giving you some extra objectives to shoot for. 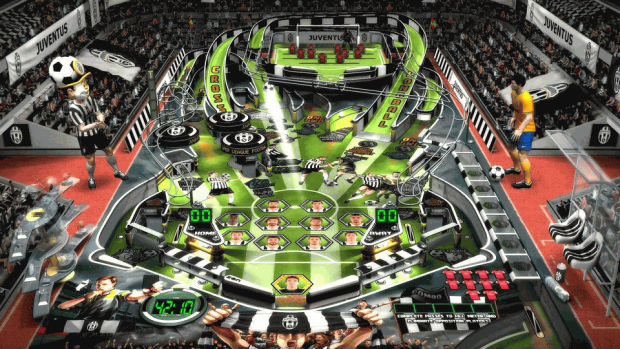 If you are a fan of Football, Pinball, or both, then I definitely recommend picking up one (or more) of these tables. This is a great pinball game with a considerable challenge, and the officially licensed football teams add something extra and new to Zen Pinball 2. 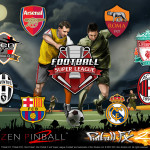 Great Game For Fans of Football or Pinball