Mankind must turn to Knack, an unlikely hero, to protect them from a dangerous new threat.

The unassuming Knack stands at a mere three feet tall, but thanks to the power of mysterious ancient relics, he can transform into a powerful brute or even a gigantic wrecking machine. Knack is mankind’s only hope for turning the tide against the invading goblin army, but trying to harness the true power of the relics could threaten to put the whole world at risk. From Mark Cerny, one of the greatest minds in video games today, Knack™ is a fun-filled adventure of colossal proportions that invites players to wield fantastic powers and discover a unique and vibrant world, available exclusively for the PlayStation®4 system.

Stunning graphics – Detailed characters and environments, 90 minutes of stunning cutscenes, and featuring a unique character brought to life by the power of the PS4™ system.

Old-school meets next-gen – Collect relics to power up and smash your way through hordes of goblins, robots, tanks and more!

Knack was one of the PS4 games that I was most looking forward to at launch. It’s got all of the marks of a great game – a cute mascot, great graphics, large scope, and beautiful cutscenes.

Knack is essentially an “on rails platformer”. The game directs you where to go, and you can’t really deviate from the path. Think some of the old-school Crash Bandicoot games and it will kind of give you that feel. Knack starts as a very tiny character on most levels, and along the way you collect relics which will add to Knack’s body and make him bigger. The more relics you have the larger your health bar will be, and you will also do more damage to the enemies in the levels.

The core game-play is attacking the enemies with punches or by jumping and then doing an air attack, so it’s not a really deep combat system. You can and will use the right stick to do dashes to avoid enemies attacks, and you seriously need to get good at that. You also can do super moves throughout your adventure, and you have 3 that can be preformed after recharging them by collecting sun crystals throughout the levels. One of the super moves is a ground pound that hits all enemies around you, one turns you and your relics into a whirling tornado that you can direct to wreak havoc, and the other one is a ranged projectile attack.

Combat is the big struggling point in the game since it’s not very deep, and the other problem is that you can take very few hits from enemies before you’re dead. As I said earlier you get bigger and get more health for all the relics you collect throughout the level, but the game will keep introducing larger enemies who will still be able to kill you in 2-3 hits no matter how large your health bar is. You will be repeating sections of this game over quite a few times to get through them as the checkpoint system seems to be spread out throughout the levels. This can get frustrating, and it happened multiple times during the play-through.

In some levels, you can get special additions to Knack to help fill him up when you are short on relics. You can get Ice crystals, which melt outside, burning wood which burn down as you use them, and special crystals that make it so you won’t set off security lasers. These are all cool power ups, and they add a different strategy element to the game.

The game looks great, but I have heard a lot of people comparing it to a PS3 game. However, there is no way that each of the relics could be animated in his body the same way if it was a PS3 release. As he gets bigger, the world will start to get smaller, and there are scenes where you have start out small in a castle, and then later near the end of the level you will be destroying the castle because you have gotten so large, and this was the section that got me- it took what I loved from the Katamari series and put it in a platformer. The visuals on the enemies look great as well, which will help you identify the attacks they are going to try to hit you with. 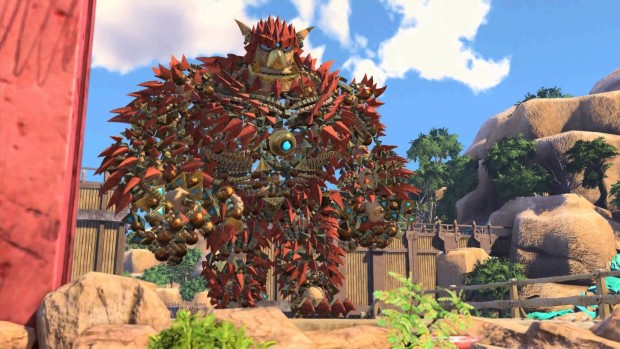 The cutscenes in the game look great and could seem like a Pixar movie. There are a lot of them in the game, with larger ones transitioning between the chapters and setting up the level as the main storytelling device, with smaller ones as Knack is traversing specific parts of the level. The characters are unique, and they tell a fun story, and the voice acting for all characters is great. My only complaint is the voice for Knack. He has a very deep sounding voice, and when he is large it works, but when he is just regular Knack, it just doesn’t fit the character. It would have been great if it started off with a light voice and got deeper as you played through.

The game also has a lot of collectibles, just like in the old days. Throughout the game, there are walls that Knack can break down in order to find treasure chests. In the chest, you might find a piece of a gadget or a crystal of some type, and once you complete a gadget you will gain abilities such as showing you where hidden relics are, the locations of chests, extra power moves or even an increase to the damage you can deal if you can combo your hits together without being attacked. When you collect enough of the crystals, you can also unlock slightly different versions of Knack with different options with a major strength but also a huge weakness, to suit different styles of gaming. In my first play through I only got enough of the pieces to put 2 of the gadgets together, and I did not get enough crystals to unlock an alternate version of Knack, which is why I’m currently on my second playthrough to get more of them. Therefore, unlocking everything will take multiple playthroughs. 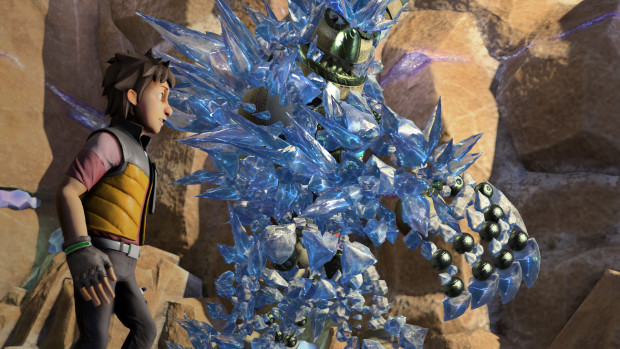 There is also a downloadable app for Android and iOS for the game, and it’s a Match 3 puzzle game. As you play each level you can unlock extra gadgets and crystals that will transfer over to your game (since you have to sync your SEN ID before starting the app). It’s a decent time waster that will at least reward you with extra in-game items, but that’s it.

Knack is a good platformer that ultimately falls short in the end. I like the world, characters and graphics, but the closed levels and combat leave something to be desired. I think the foundatin for a good game is in here and with the good sales it has been getting, I can definitely see a sequel down the line in a few years that fixes and improves the issues. 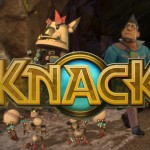 Fun platforming, but can get very difficult.