CONTRAST is a platform/puzzle game where you can move between a fantastic 3D world and a mysterious shadowy universe in 2D.

You play Dawn, the imaginary friend of a young girl named Didi. Together, they will delve into a dreamlike and surreal 1920s world, inspired by the performance art world of vaudeville and film noir, and cradled by a jazzy atmosphere.

Contrast was one of the new launch titles for the PS4. It’s an interesting mix of platforming and physics based puzzle solving. Did it succeed in blending these properly? 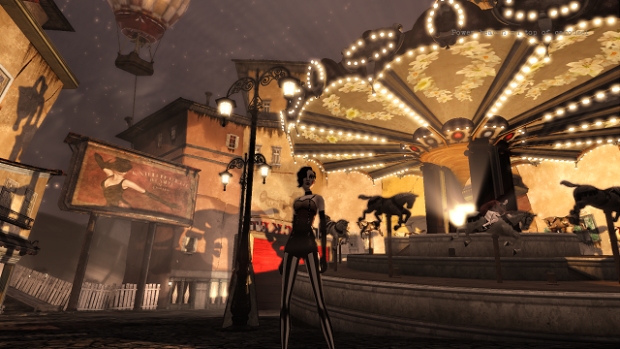 You are quickly introduced in the game to Didi and her imaginary friend Dawn, whom you play as. Most of the game you follow Didi using your powers to help her achieve her goals. What powers does Dawn have? She can basically turn into a shadow against 2-D planes and platform on those walls using other shadows as surfaces. This is helpful in reaching areas you previously you would not have been able to. This is the crux of the game. It starts fairly simple in the start of the game, however as you progress they start to introduce movable sources of light, objects that you can take into the 2-D plane, and a dash “attack” to get through small shadow walls.

There are some great uses of this ability, and one of my favorite was when a shadow puppet show was being put on and the game turned into a Limbo-esque sidescroller. It told an interesting sub story while still keeping you in the world and presented some unique and great platforming opportunities. After that, I was hoping to see similar puzzles but unfortunately that was just a one time sequence. Hopefully they have more moments like that if they ever make a sequel. 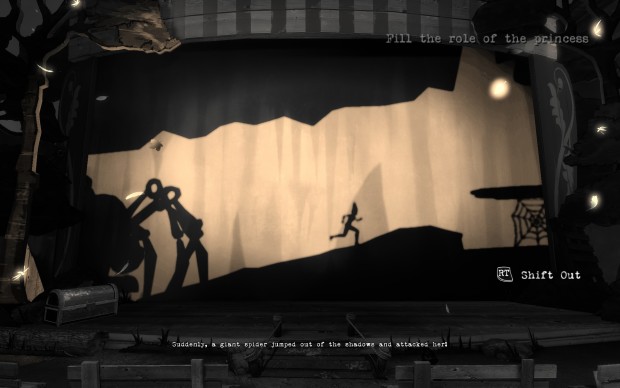 That being said I did have a few issues. Picking up boxes just didn’t feel natural and took me out of the experience. I also found that I missed new game mechanics that did have on screen prompts and struggled to solve the puzzles making the game a little more frustrating, but these are small nitpicks on a great game.

The game is beautiful, and it is set in a twisted dream version of the Jazz infused 1920’s. As you explore the world you want to step back and take a look around. And Didi and Dawn themselves look great (since they’re the main characters). There ARE other characters in the game, but for the most part you see them in shadow vignette’s spread throughout the world. This is the device they used to tell the story. 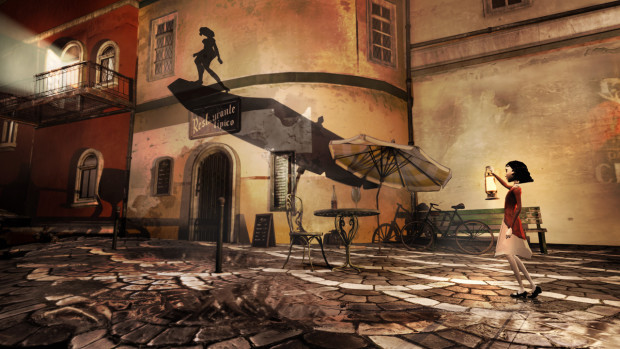 The story has Didi initiallybeing a rebellious child trying to sneak out at night, but things morph to themes of protecting her mother, looking for and reconciling with her father, and trying to find out just who she is. All the characters have a distinct voice and fit the time period properly, and this really does drive the game and make you want to play more: You begin to care for Didi and want to help her have a better life.

The game isn’t long clocking in under 4 hours for a play through. They did hide some collectibles in the three acts to add some re-playability, and I managed to miss about 3 of the collectibles during my first playthrough. Depending on how hard you look you may find them the first time, and if you don’t you can easily check which ones you’re missing and go back to the game with chapter select.

The experience of contrast is short but completely worth playing. It’s provides some great puzzles mixed with a great story, all set in a fantastic world. If you own a PS4, you should definitely give the game a try. You will be absorbed by the world and will be left hoping for more. 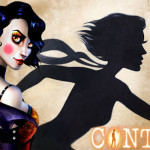 Child of Light Will Launch on April 30 – New Trailer Released