Trine was a great little surprise to me since I didn’t even hear about it coming to the PS4 at launch until the last minute. I played the first Trine on the PC, and while it was a fun game, it just didn’t feel like it dedicated itself to the puzzle solving genre in a fun way. I believe Trine 2 has remedied that issue a little more with a little more character and panache.

Game features:
• 20 levels chock-full of adventure, hazards, physics-based puzzles, dangerous enemies and curious
contraptions
• Travel through breathtaking environments, including a mushroom forest, a burning desert and snowy ice
mountains
• 3 Heroes: Amadeus the Wizard, Pontius the Knight and Zoya the Thief, each with their own set of skills –
and personalities charming and otherwise
• Online and local co-op multiplayer for up to three players
• Beautiful graphics with a smooth framerate (Full HD 1080p / 60 fps)
• Supports Stereo 3D
• Supports DUALSHOCK®4 touch pad 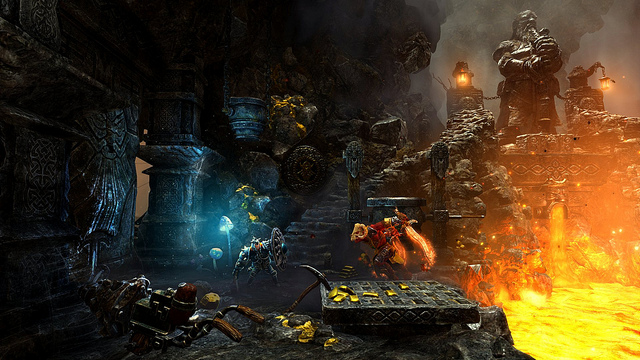 Trine 2 offers a variety of play styles that caters to people who don’t always think alike. Each puzzle often offers multiple ways of getting by but not so much so that one would consider them too easy, at least in later stages.

Online Co-op is also supported so that you can go on adventures with friends and assist each other in the adventure while working together to solve each enigma.

This is called the Complete Story because it includes the original release for Trine 2 along with the expansion which is called the Goblin Menace. In here you must rescue Amadeus’ wife who has been kidnapped by those pesky Goblins. Our heroes set out on a quest to free her (even though she’s not very pleased with having Amadeus go on “adventures” every now and then), and this expansion features 6 levels on top of the 13 from the main game. They are seamlessly integrated into the story and you will go right into it as soon as you finish the content for the main game, and if you weren’t told it was an expansion you wouldn’t notice.

While playing the Goblin Menace content you will find pieces of a map that reveals the way to the final extra level: the Dwarven Caverns. This final level presents the hardest puzzles in the bunch and is a short level at about 20 minutes or so. Those that managed to find all hidden treasure chests on Trine 2 will still have a hard time finding the map pieces, but at least you get one for free right at the start of the first level in the expansion.

On my second or third play-through, I opened up live streaming through Twitch TV, and it worked great. I had a small amount of viewers watching and assisting with puzzles, and while I could not type back to them, I did have a few of them in party chat as well. Streaming to the Vita also worked brilliantly but some of the trigger button functionality became very hard to do since its all mapped to the touch pad on the back (as will probably be the case for all PS4 games streamed to Vita). 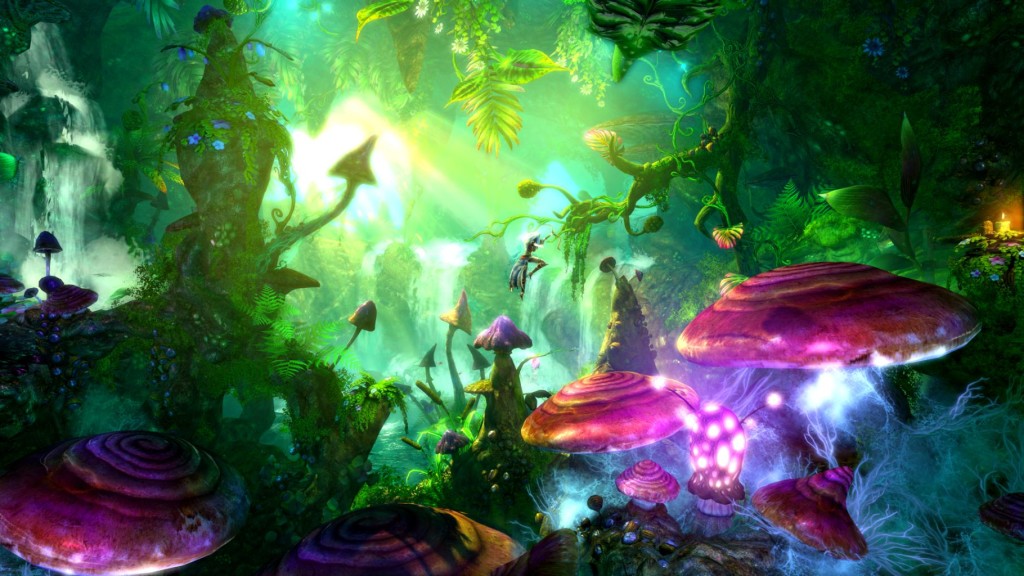 I didn’t have many problems with the controls or the physics since everything clicked right away. The game plays flawlessly, looks beautiful and is great fun once you really get into it even though the story is a tad cliché, and maybe corny, but still interesting enough to listen to the narrator set the overtone.

I will say that I relied heavily on the Wizard more so than the Thief and the Knight in this game. Being able to just simply conjure boxes into existence seemed to be key into surpassing some areas. He also has great reach to move objects to bring potions down to be picked up in order to progress through skill tree’s that open new abilities and skills.

I would recommend getting this game if you are into puzzle games, fantasy/medieval settings and anyone who just wants a beautiful and whimsical game to add to their PS4 collection. The price is a bit higher than usual for a downloadable title, but the amount of content and polish make it a worthy purchase for your new console.

Disclaimer
*This review is based on a PS4 copy of Trine 2: Complete Story provided by Frozenbyte